The plasticity of the flower receptacle has so far little featured in Goethean science literature. Recent morphological papers on the inferior (hypogynous) ovary by Judd (2008), Kuzoff (2003), Leins and Erbar (2008) and Soltis (2003) significantly contribute to our understanding of the inferior ovary and the plasticity of the receptacle. The shape of the flower meristem is initially conical. During the early development of the flower organs, the possibility arises that the flower primordium becomes initially disc-shaped, then cup-shaped and finally an inferior ovary in which the receptacle, together with the carpel, forms the pericarp of the ovary. Here it is not possible to assign a boundary between the floral axis and the carpel. In the literature there are two interpretations of this kind of ovary. One attributes its formation to a fusing of the bases of the petals with the carpel, the other to a stretching growth that encompasses the receptacle and part of the carpel. The stretching growth is observable, but not the fusing, being based on a theoretical model. The inferior ovary cannot be derived from the structure of the vegetative plant. The formation of the inferior ovary marks the termination of a metamorphic series at the beginning of which is the superior ovary. In considering the plasticity of the receptacle in the Goethean sense, two aspects must be taken into account: 1. An understanding of the metamorphic series that ensues from involvement with and comprehension of the individual steps. 2. The way families or genera deal with the theme of inferior ovaries, adopt them, and how from a general principle something special, unique arises. 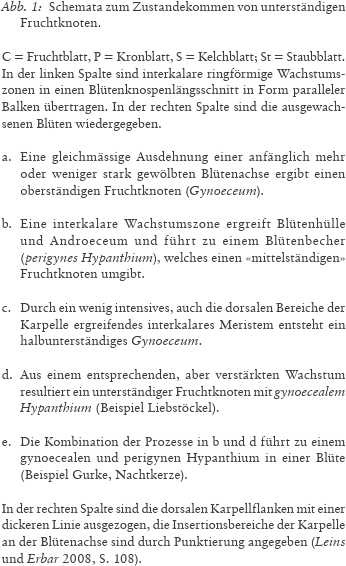 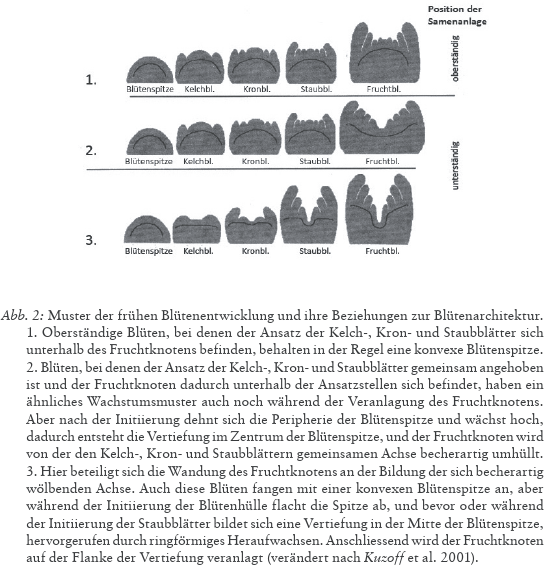 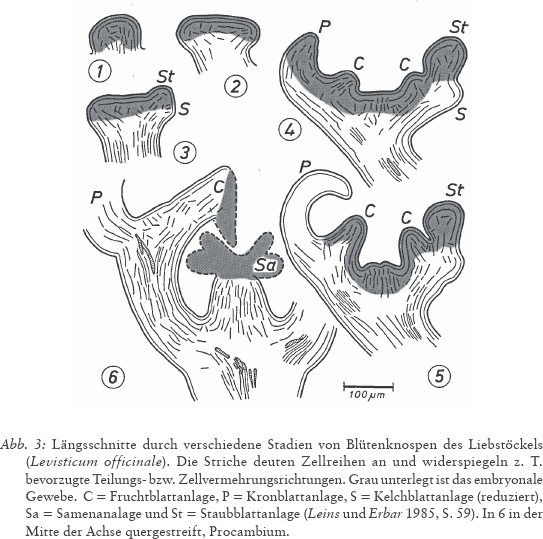 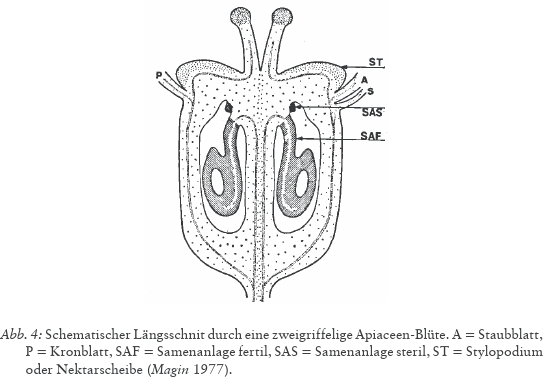 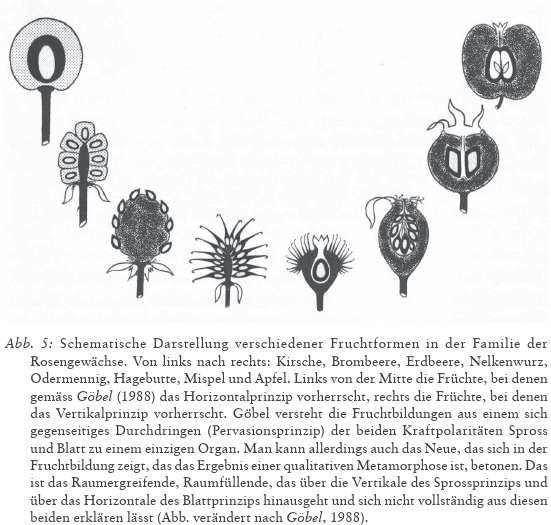 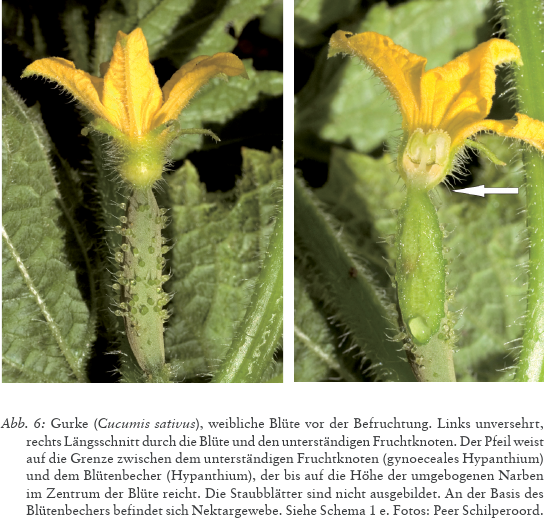 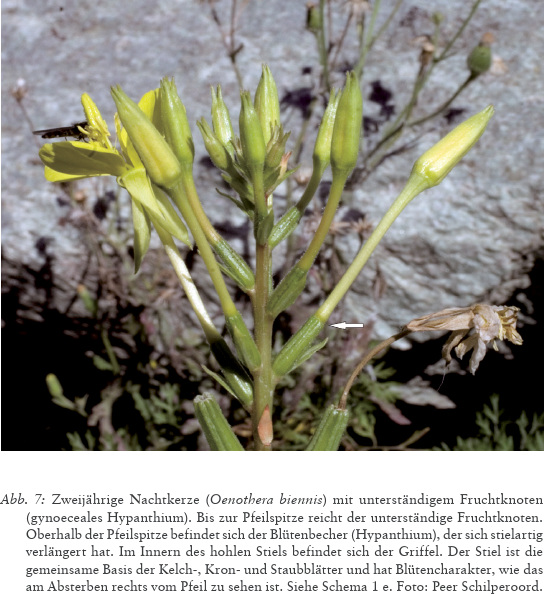