Trees in the Mystery of Space and Time – an Essay

The process of metamorphosis is based on the reciprocal penetration of space and
time, of structure and movement – the same could be said for the acquisition of
knowledge (Witzenmann 1987). This essay seeks to cast light on a little-studied
phenomenon: the interaction of rhythm and shape in the plant world, in the
solar system and in architecture according to the Golden Number Phi and to
Pi. Observations on plants (particularly trees) indicate that mathematically and
geometrically-based relations underlie the shape of certain organs, the rhythms
of their forming, their progressive fulfilment in space and time. This study will
bring us to astronomical dimensions and to the knowledge of ancient civilisations
brought to us through certain constructions, and to the question of the relationship
between space and time. The notion of temporality and space are considered today
as central questions of the modern language of architecture (Zevi 1991). In this
context, the “archetypal” nature of trees acquires a new dimension and lends them
an even deeper significance in our quest for synthesis between space and time. [...] 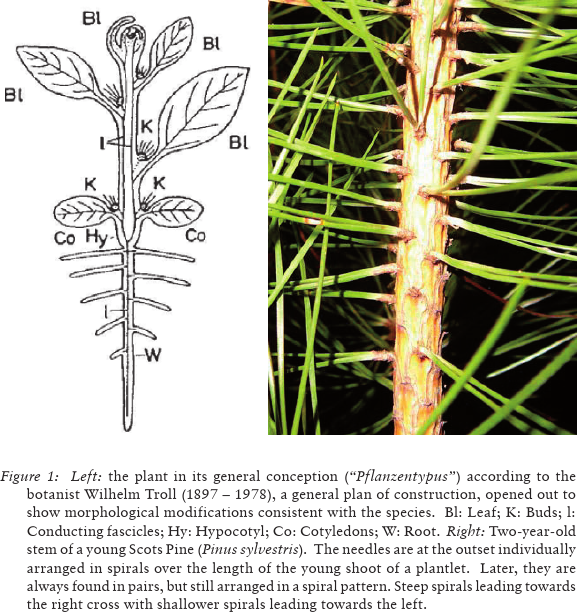 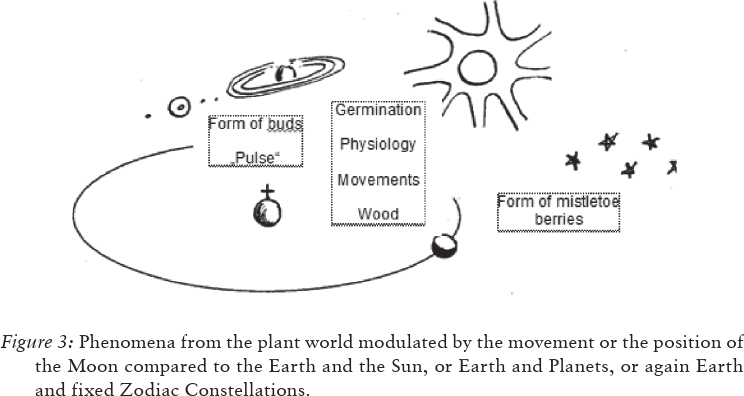 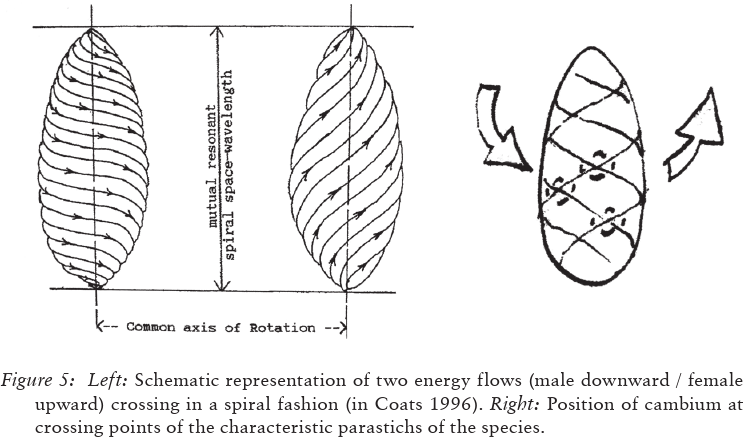 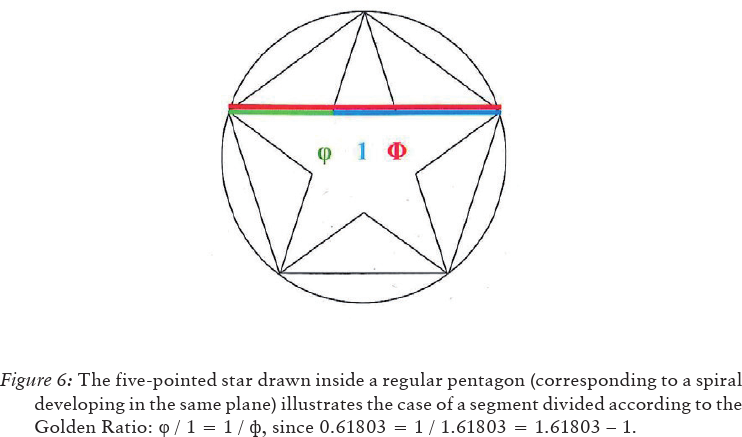 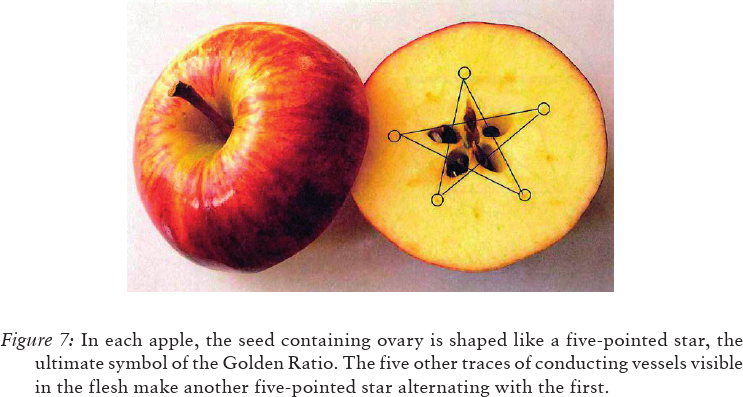 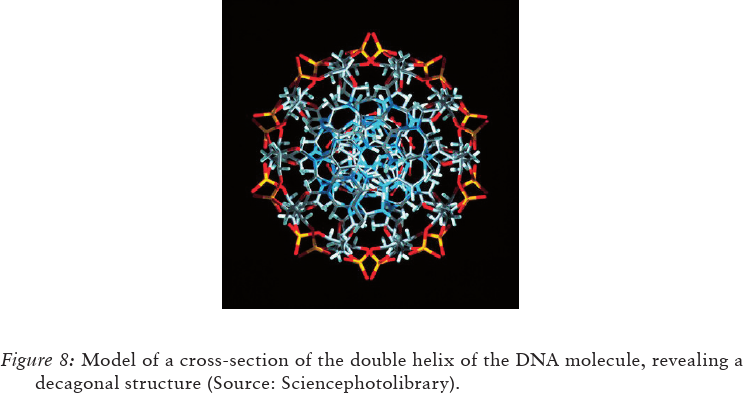 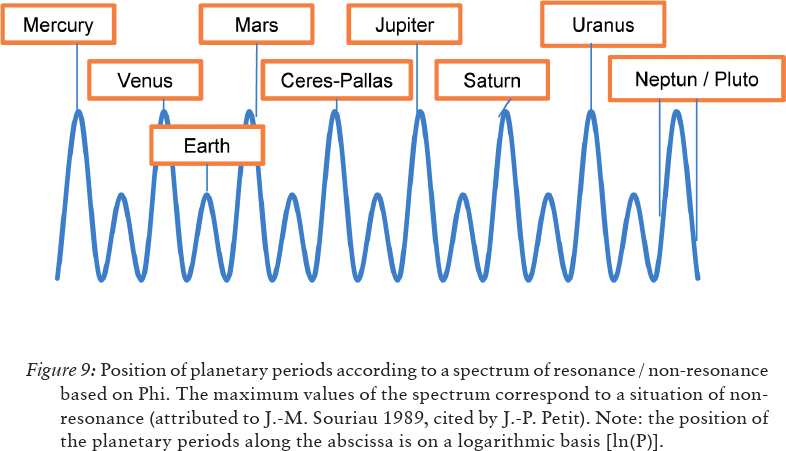 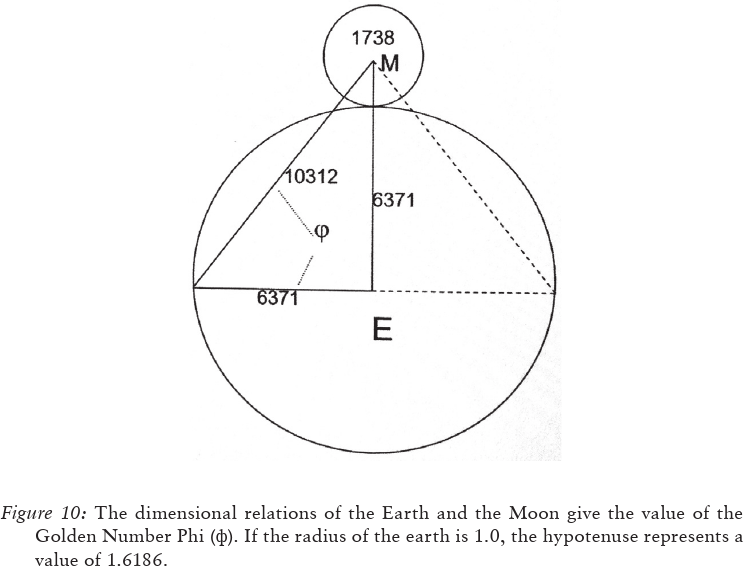 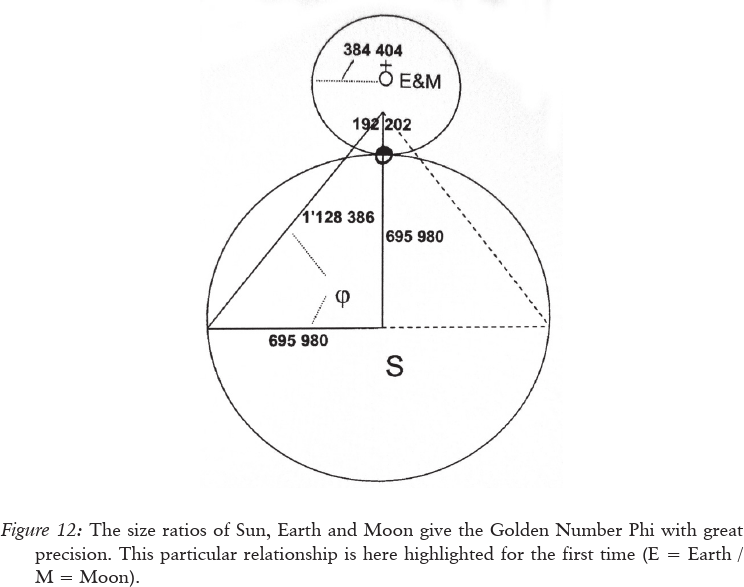 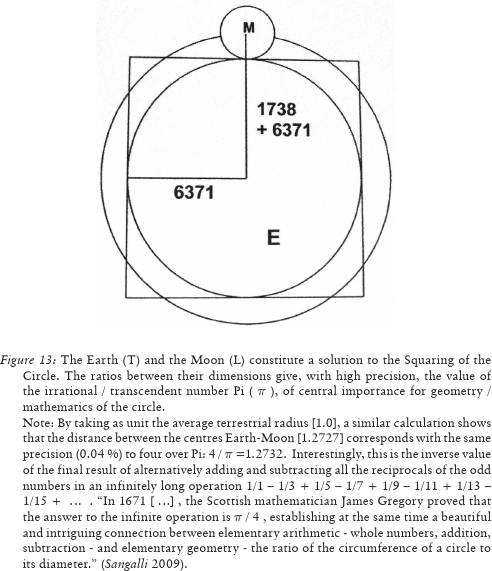 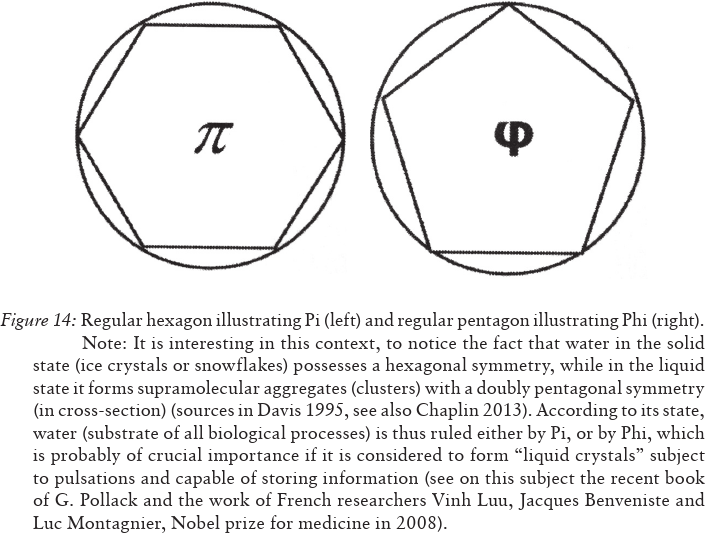 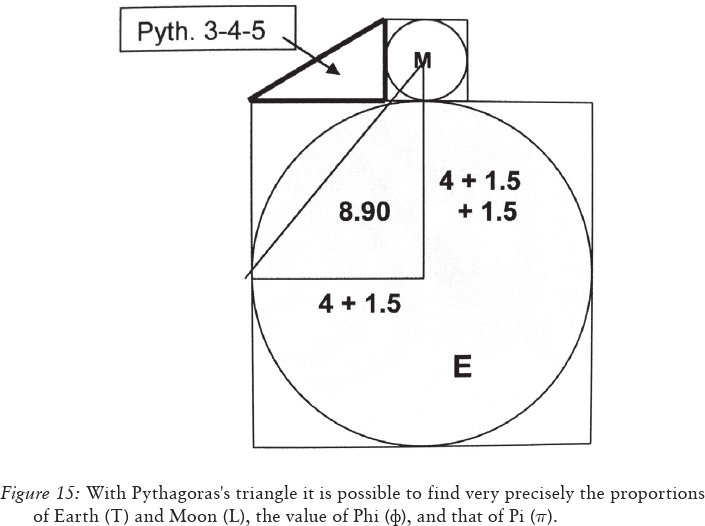 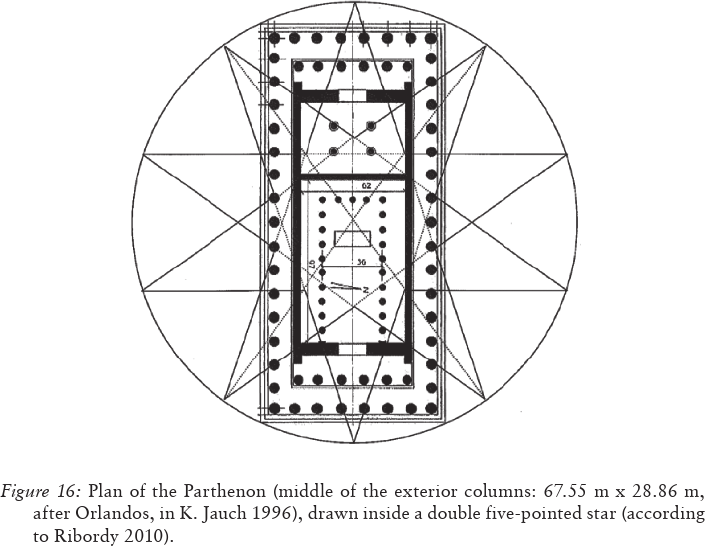 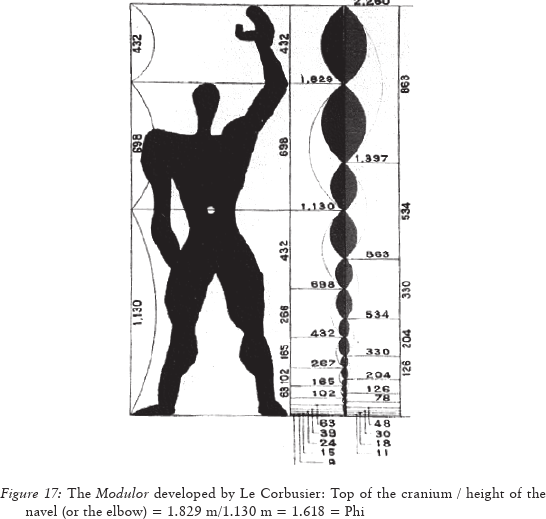 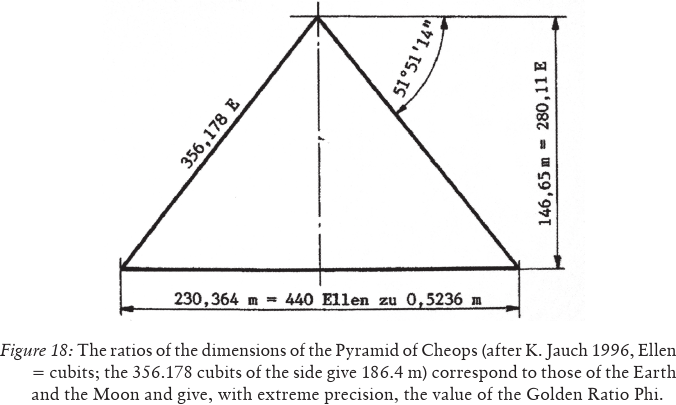 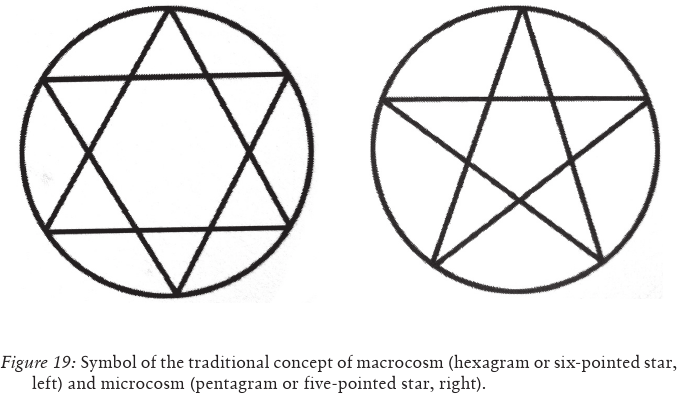 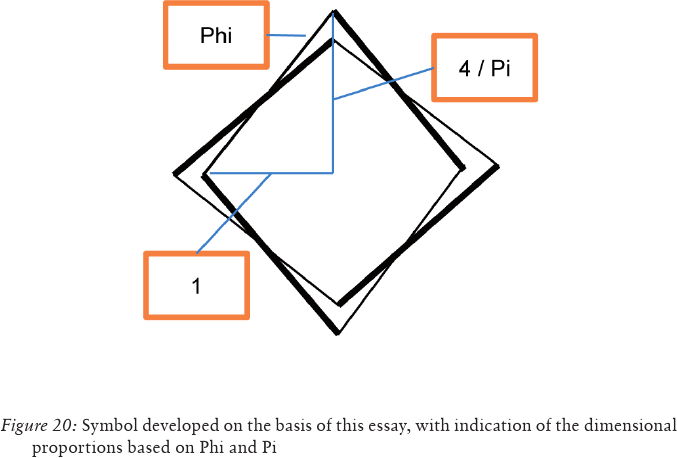