Unintended phenotypic effects of insertion of the viscotoxin gene from mistletoe and the aminolevulinate synthase gene from yeast into the potato (solanum tuberosum), cultivar Bintje have been assessed under two different growth conditions. The genetically modified plants exhibit deviations in developmental dynamics and plant senescence. Changes in plant and tuber shape, leaf metamorphosis and leaf architecture are reported. A few traits of leaf architecture reveal plant-environment interactions, and thus hint at a divergent plasticity of the transgenic variants compared to the non-modified controls. Assessment of phenotypic differences between the cultivars Bintje, Appell and Naturella indicates that the set of morphological characters used in this study is suited to discriminate phenotypes of commercial cultivars. The results show that unintended phenotypic changes due to gene insertion are as pronounced as those due to the different genetic backgrounds. The present study contrasts analyses of profiling studies of the proteome and metabolome of potatoes, which show that compositional differences between genetically modified and non-modified variants are smaller than those between varieties and landraces. 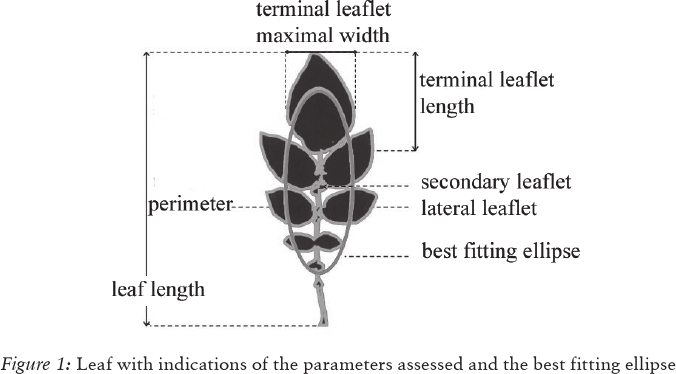 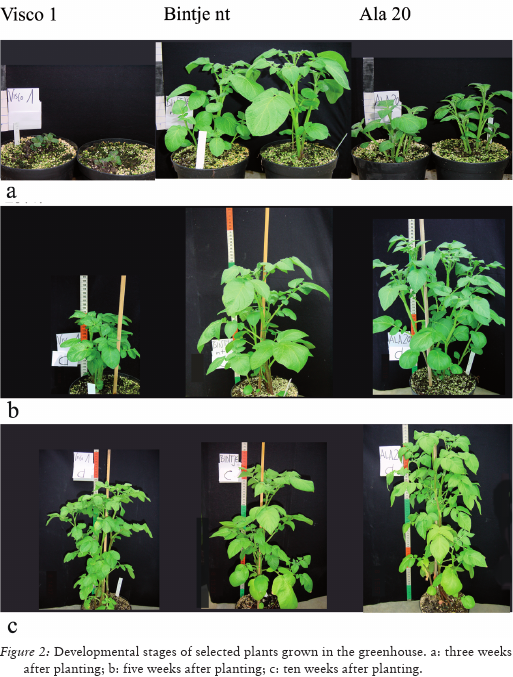 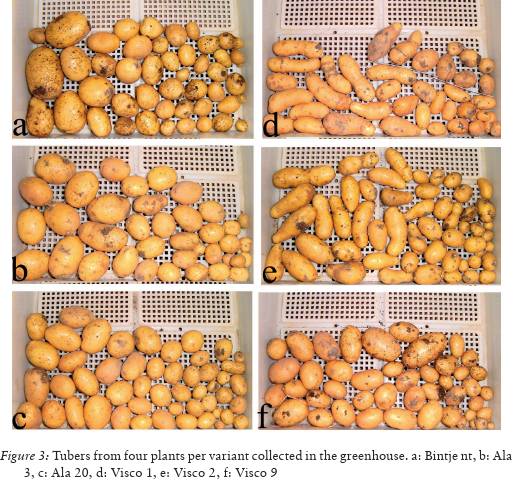 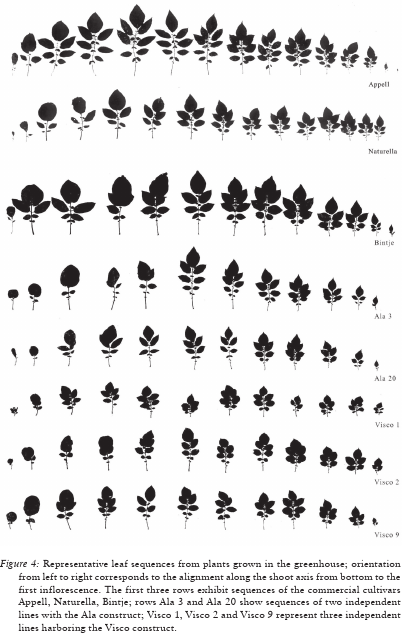 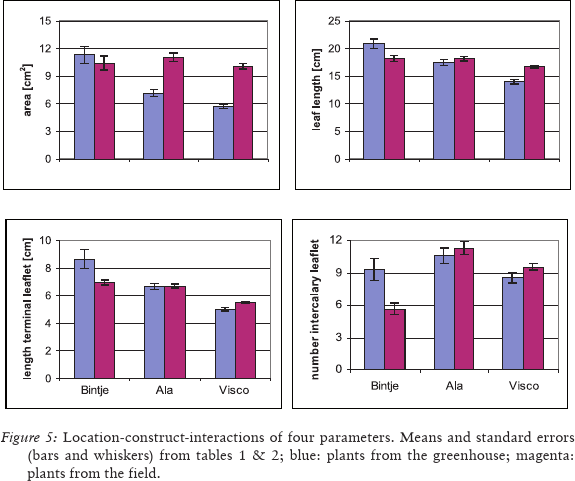