In the polarity of action and perception in chemistry the emphasis seems to be on action. Several stages in the development of the concepts of ‘Optical Activity’ and ‘Chirality’ since the 17th century show that physical experiments (actions) lead to several mathematical concepts, i.e. polarized light waves or three-dimensional molecular models. Such thinking came to the conclusion that ‘two enantiomers of a compound are (nearly) the same’.

Another way of thinking, one which takes sense impressions seriously, comes to the opposite conclusion. Taste and smell often show that from the viewpoint of life ‘two enantiomers are completely different substances’. For the future development of chemistry it seems necessary that chemists learn to judge between several ways of perceiving their actions and even feel with their actions when handling matter. Philosophical questions of chemistry arise for example in the problem of giving names (nominalistic or realistic) to substances. 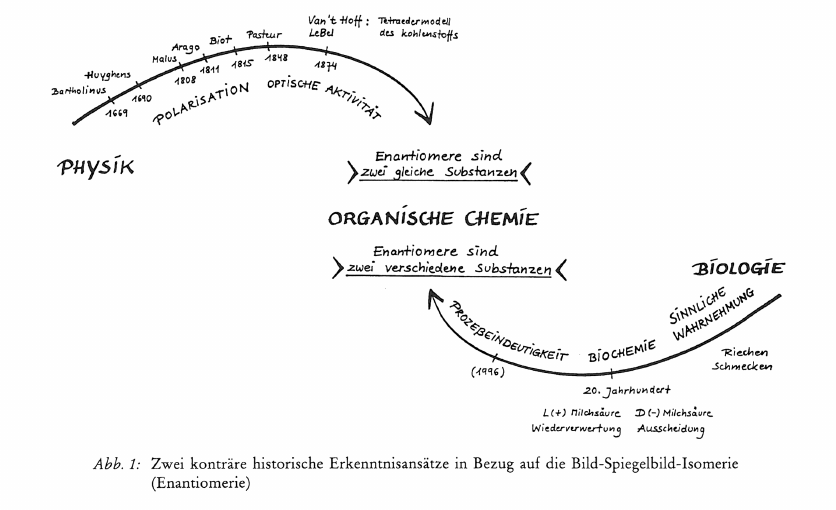