The Method of Spiritual Science

This may be partly because Rudolf Steiner was so highly qualified that it will be a long time before anyone else is able to surpass his attainments. However, the pursuit of any science is a co-operative enterprise whose character is determined by the abilities of the participants. The history of the method of spiritual science is closely related to the development of the abilities of the individual workers.

In view of the wide field of interest and the great scope for further development, it is natural that work up to now should have consisted mainly of studies and research by individuals or small groups in specific fields such as plant morphology, agriculture, medicine and mathematics. It would have been impracticable, during this period, to have advanced in these various directions while, at the same time, co—ordinating all activities into a systematic and cohesive approach.

However, after more than half a century, during which far—reaching changes have taken place in the general scientific, technological and social spheres, there are indications that a review of the current situation is needed. How do we describe the method of spiritual science in the form in which it is being applied to—day? The contemporary situation is complex. There are differing viewpoints within the Anthroposophical Society: moral, aesthetic and social impulses have arisen within or on the fringe of the scientific sphere during the last thirty years: there is serious interest in the work of Rudolf Steiner outside the Anthroposophical movement: holistic trends are developing in many aspects of contemporary life.” [...] 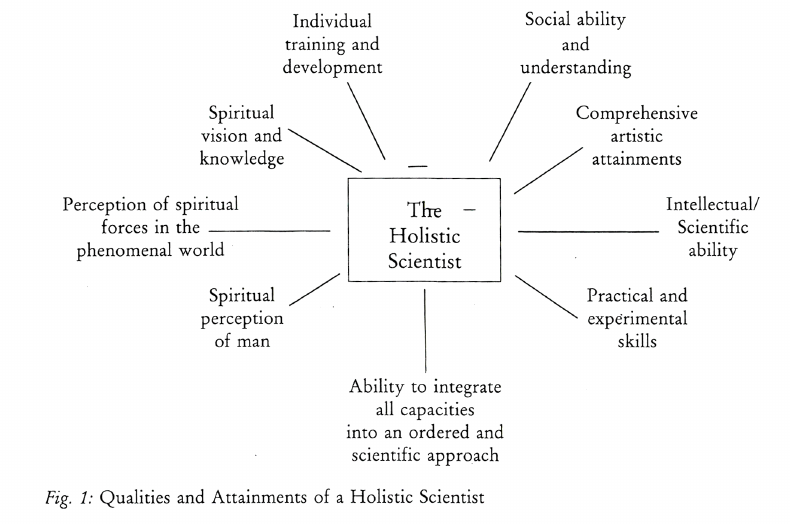 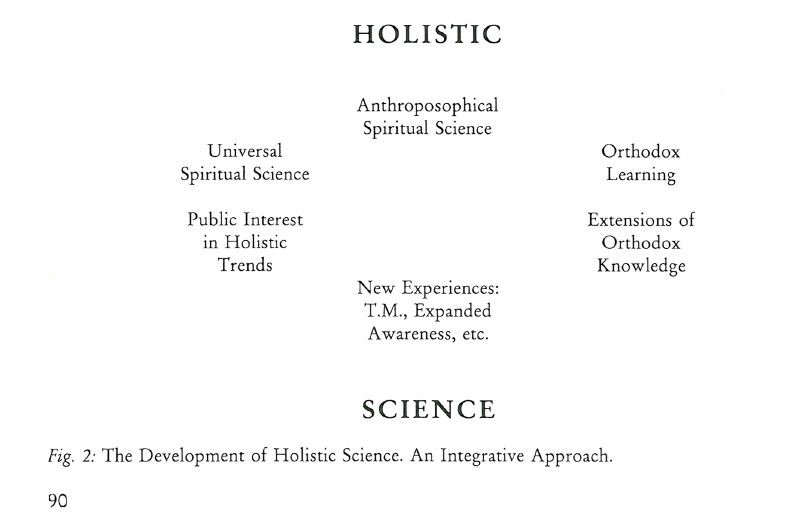