A fundamental question in research on sensitive crystallisation is: what does it show more than would be shown by a combination of analytical methods? People nowadays try to describe the development of form and the emergence of living systems with the idea of self-organisation. According to this, there are fundamental points that, triggered by instability in an open system, form structures at the macroscopic level. Because of the instability, the form of the structures no longer depends only on the microscopic properties of the molecules involved. As a phenomenon of emergence, the structures coming into existence show qualities that are no longer derivable solely from analytical measurements of microscopic properties. If it is to be demonstrated that sensitive crystallisation produces its structures as a result of selforganisation, then it would involve a process of investigation which, according to current scientific understanding, would in principle belong between inorganic substance (for example, a crystal) and a simple ‘living’ system. The process would then be in the position to develop the self-organisation condition of a living system in another form. This possibility is examined in the work reported here. After discussing the idea of self-organisation, the process of sensitive crystallisation is described. Then their common properties are determined, tabulated and appraised. 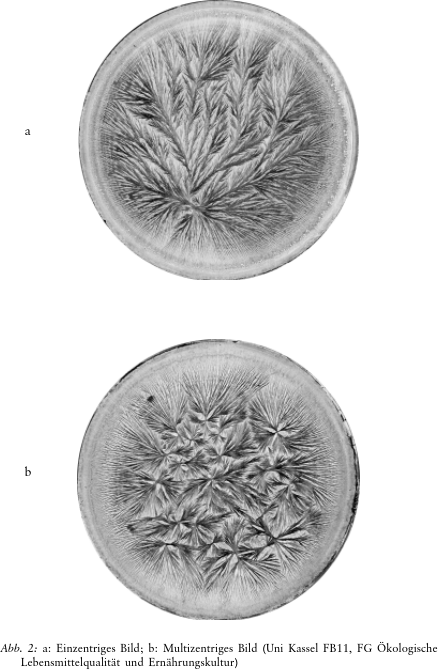 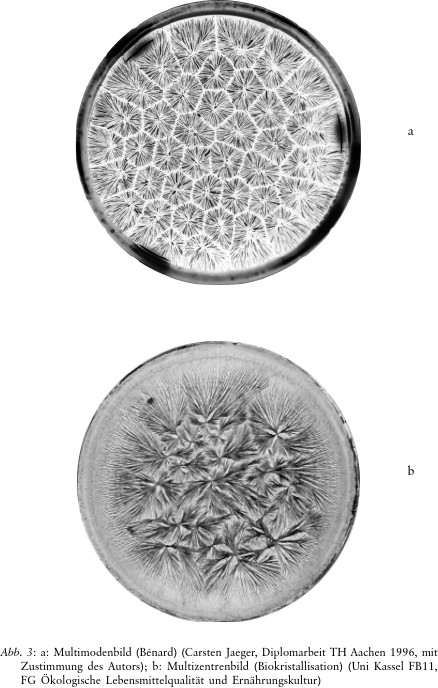