Analysis of the genome of spring wheat has revealed two variants with high evolutionary stability at the locus of the leaf rust resistance gene Lr10, suggesting advantageous effects for both variants under different environmental conditions. In this paper, spring wheat varieties in the absence of fungal infection were investigated morphologically in order to unravel phenotypic changes due to the leaf resistance gene, introduced by classical breeding and genetic modification, respectively. Both variants showed a number of morphological changes between cultivars with and without the resistance gene. In addition, differences could also be documented comparing plants grown under conventional and bio-dynamic growth conditions. The differences of the two breeding methods are discussed and it is argued why genetically modified (gm) spring wheat cannot be used in bio-dynamic agriculture. 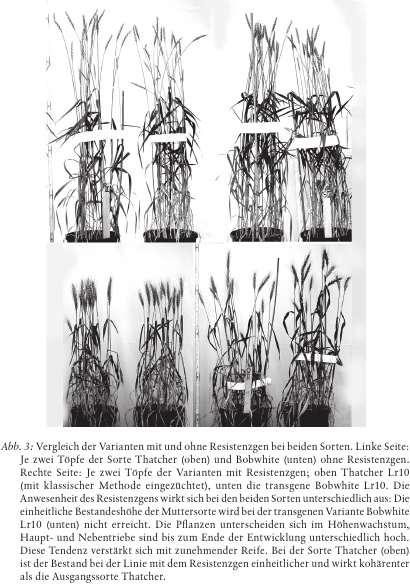 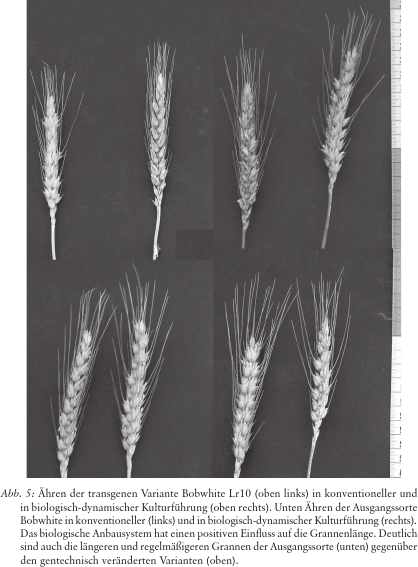 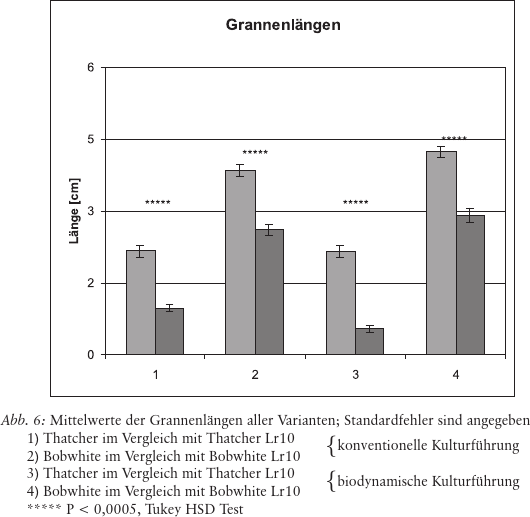