Two methods are presented for washing plates used for crystallisation with additive. The first involves an initial bath containing a dilute solution of detergent (RBS), the second uses only two successive baths of boiling distilled water. The times of appearance of the first crystal nuclei (t1) vary only slightly but their means differ significantly according to the washing method. The indices of variability, which comprise the number of dishes within a 30 minute period around the median tM (Ni), or for 60 min from the appearance of the first nucleus in a series of dishes (N60), are high. The difference between washing methods is not significant for Ni, but is significant, though only slightly, for N60. The two methods are equivalent regarding the quality and readability of the crystallograms. An increased fineness of the crystals which compose the texture due to the presence of traces of RBS (detected by the hydrodynamic method), is however observable with the first method. These two methods, particularly simple and rapid, should greatly facilitate the preparation of the supports used for crystallisation. 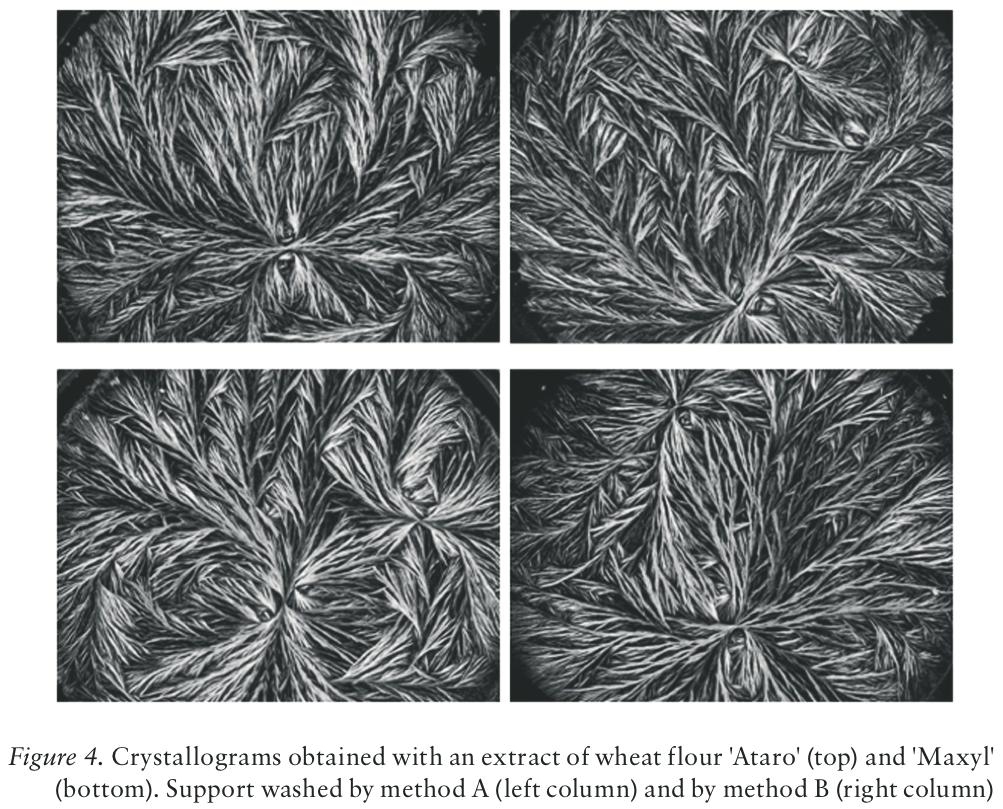 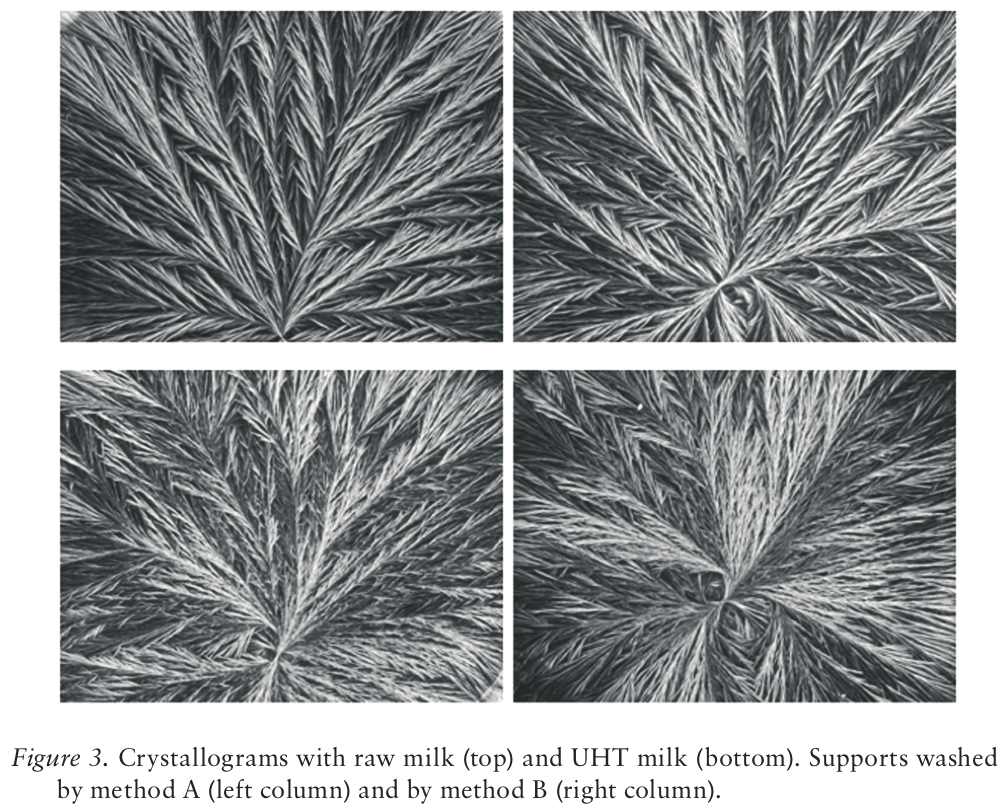 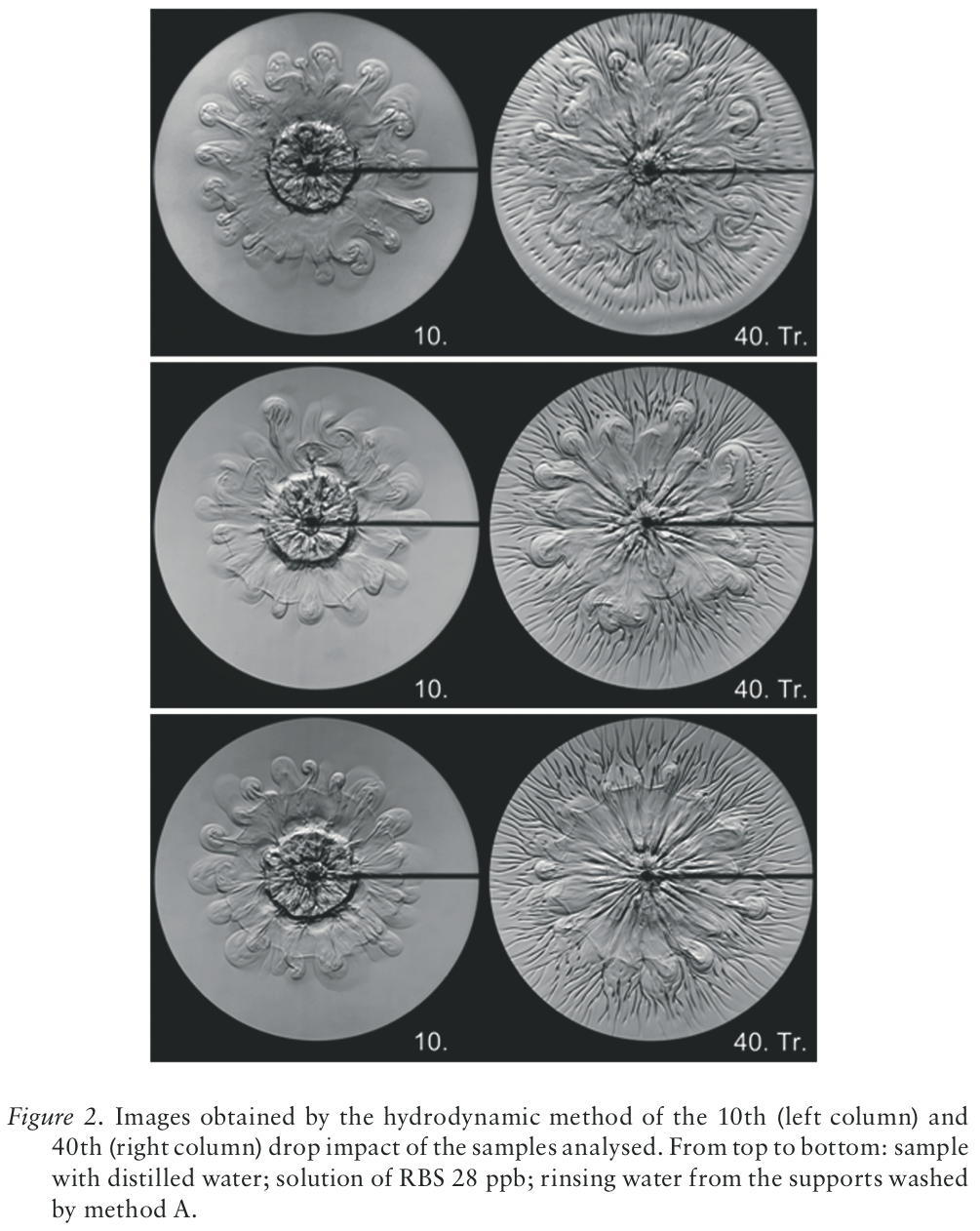 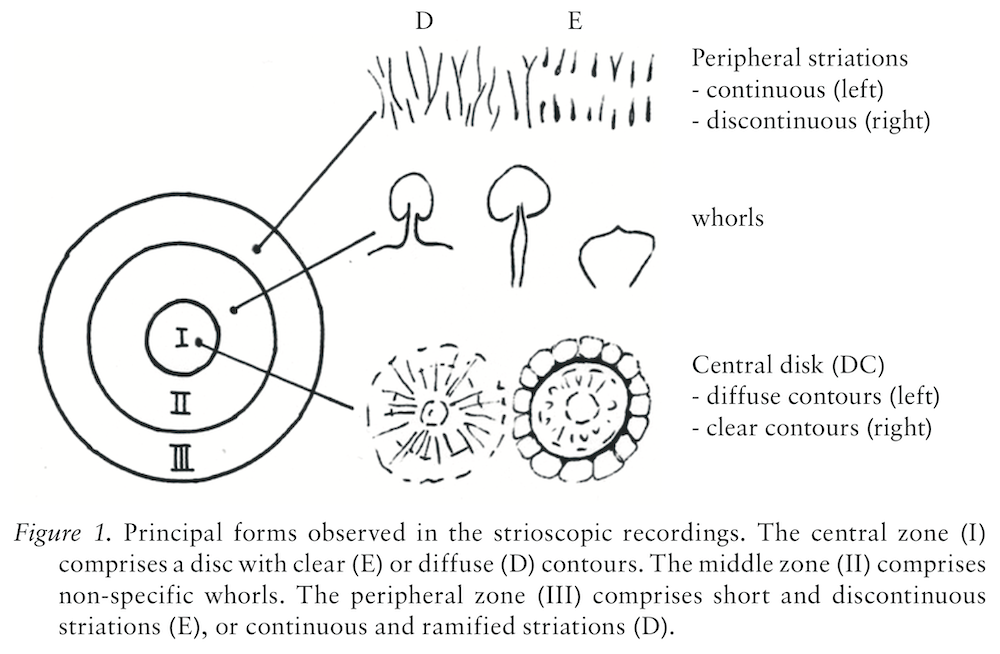