Development of a Comprehensive Method for Steigbild Characterization, Analysis and Interpretation

The aim of the present work is to develop a computer-based steigbild characterization, analysis and interpretation method. The method should make it possible to examine the extent to which morphological steigbild criteria are relevant for grouping of samples, and the extent to which morphological steigbild criteria can contribute to the characterization of differences in crop cultivation parameters and in physical/ chemical and biological parameters. A proper quality assessment (ranking) of the samples included in the current study is outside the article’s scope. The long-term goal of this work is to build up a multi-dimensional data library, which also contains data from analyses of results from other imaging methods, and in which one is able to store large amounts of data. Such a data library must also be able to provide additional interpretation possibilities for individual investigations carried out by individuals or groups. A long-term goal is also based upon data in the library to find universal quantifiable criteria that are independent of the type of samples, whether from steigbild, biocrystallization or circular chromatography. The material for the development of the method consisted of images from 60 grain samples from organic cultivation comprising 10 varieties of spring wheat which were grown with two levels of manuring at three different localities. Ten quantifiable steigbild criteria were selected in the images of grain samples and used to characterize the images. Some of the criteria were calculated using simple computer- based software, others were counted or measured directly on the original images. Results of the characterization were analysed using hierarchical cluster analysis (HCA), principal component analysis (PCA) and the Mann-Whitney test. A comparative analysis of the data set with HCA and PCA showed consistent grouping of morphological criteria. The Mann-Whitney test revealed that the morphological criteria had significant influence on the division into clusters at various branch levels calculated using Ward distance. The result of the analysis showed that clusters, and thus the selected morphological criteria, were correlated with some of the reported cultivation conditions parameters: e.g. subspecies, manure level and locality, as well as chemical and biological parameters such as protein, weed pressure at earing and harvest, and yield. It will be valuable to clarify, whether the use of the two-sided cluster analysis with morphological steigbild criteria of other crops will be able to demonstrate the formation of clusters, as has been shown in the current study. It will also be valuable to clarify, whether there is a similar correlation between steigbild criteria and cultivation conditions as in the current study. 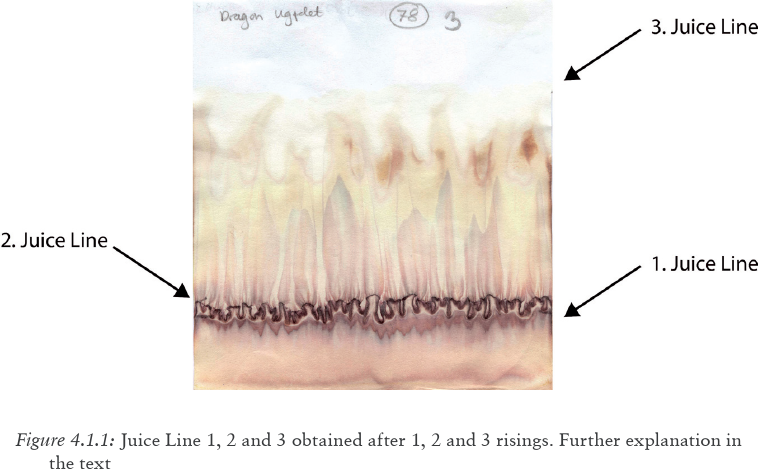 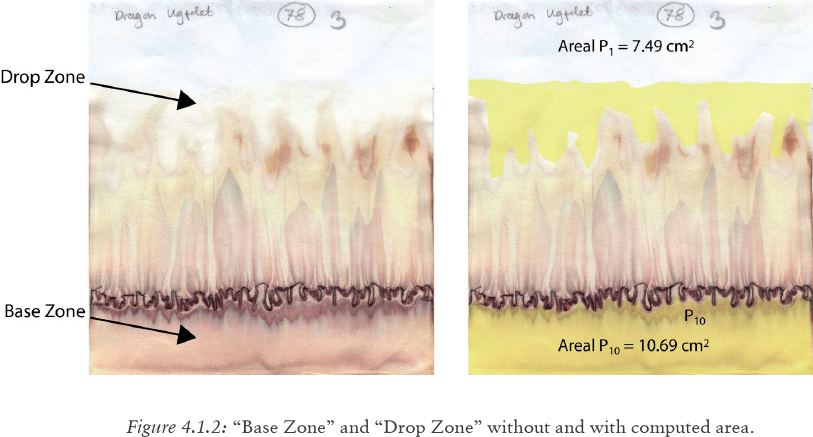 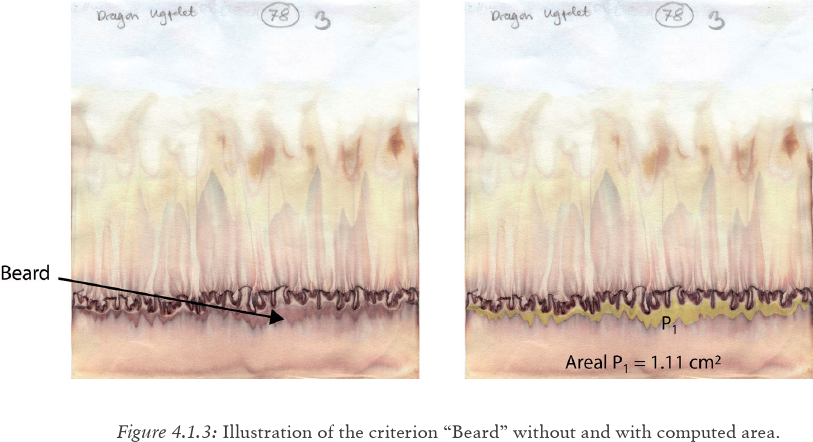 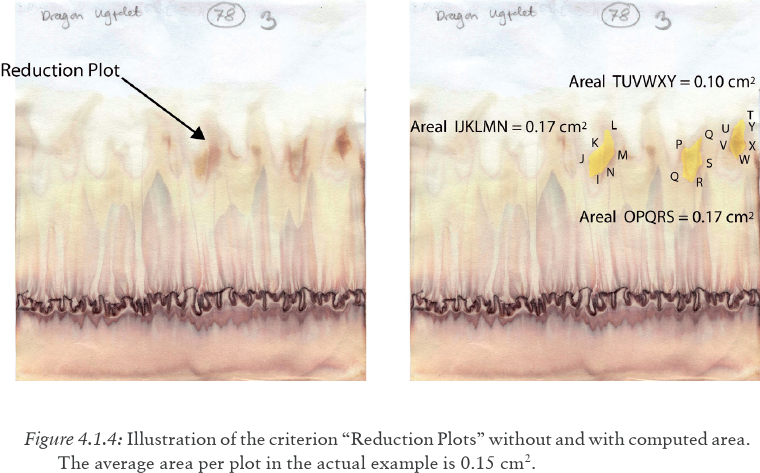 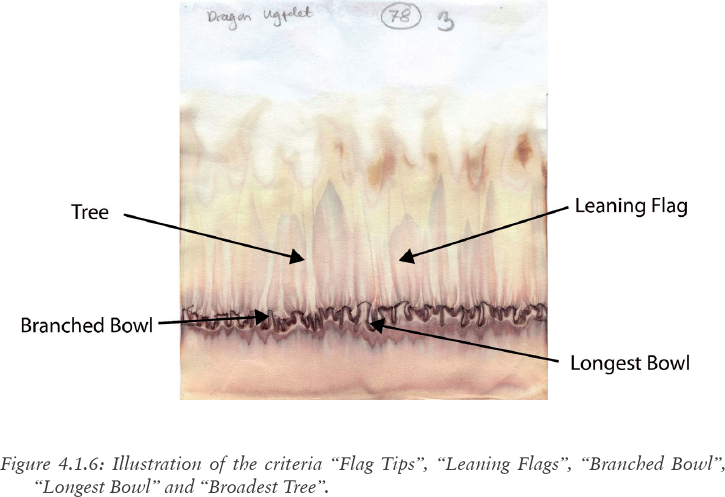 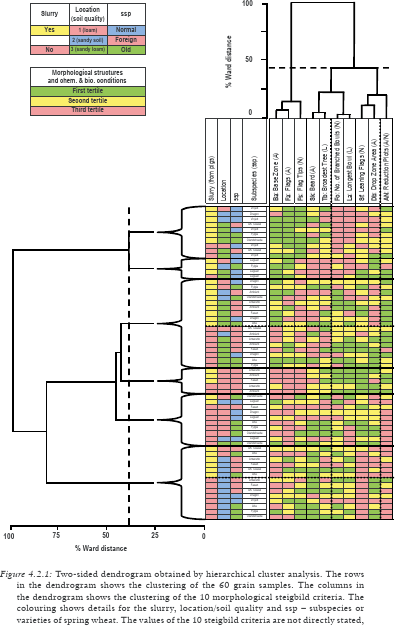 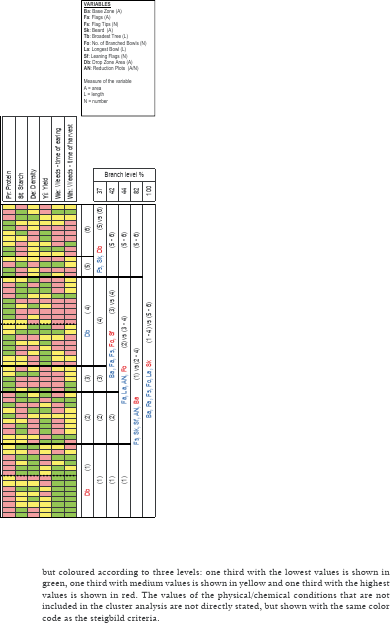 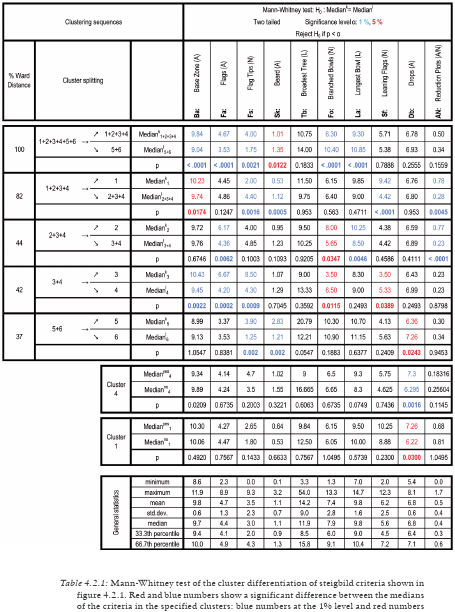 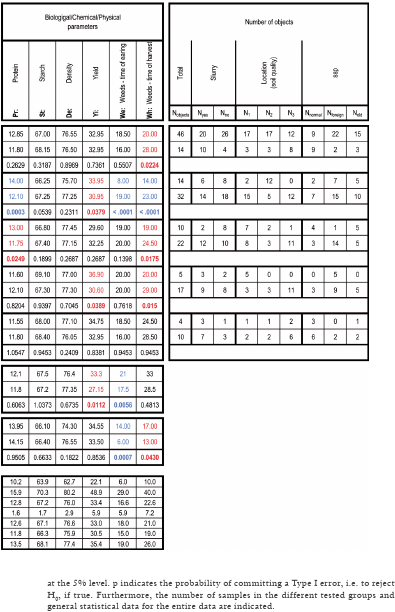