Plants with a semi-rosette of leaves are favoured subjects for studying the laws of leaf-metamorphosis. Compared to rosette-leaves, their bracts are usually considered to be reduced forms. This article points out that the seemingly missing elements in bracts can be found in a metamorphosed form in neighboring formations e.g. the internodes. With this orderly allocation of elements or functions, the shoot as a coalescence of reduced bracts can be seen as a “leaf of a higher order”. However, following Bockemühl’s suggestion, compensation for the “reduction” can also be found in the bract itself, namely as a potential to amplify which is not typical for the other leaves. This potential can be fully realized only by plants with a habit of growth that is different from the semi-rosette. The special leaf-shapes of diverse species can thus be explained with regard to the whole habit of growth, without speculating about formative forces which could not be discovered by means of morphology alone. 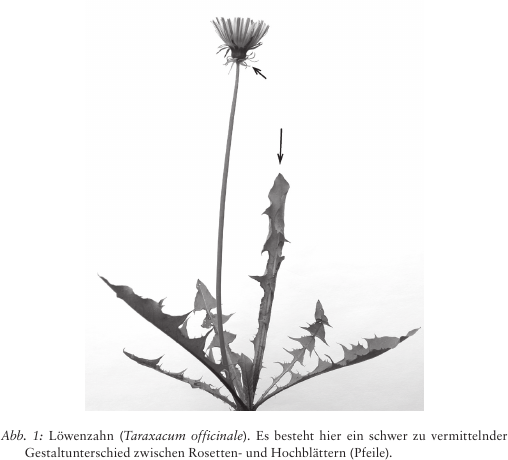 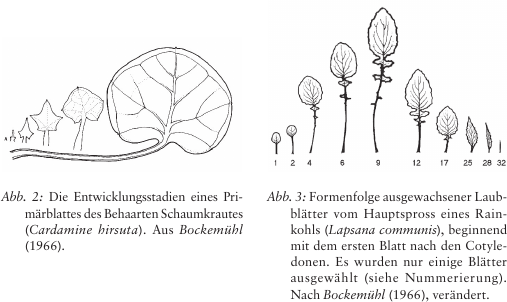 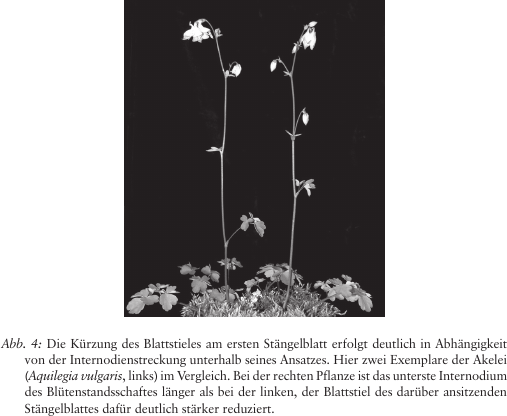 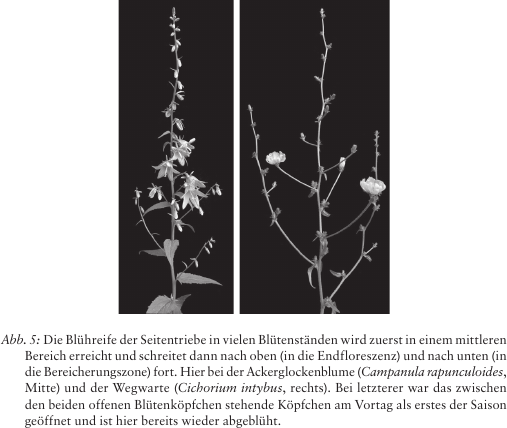 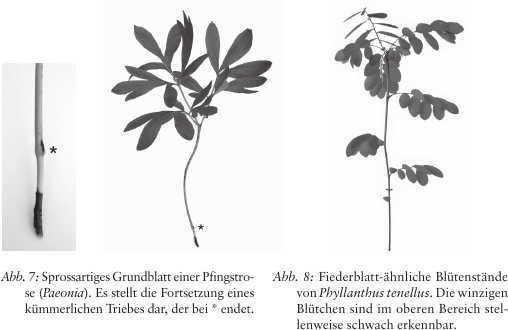 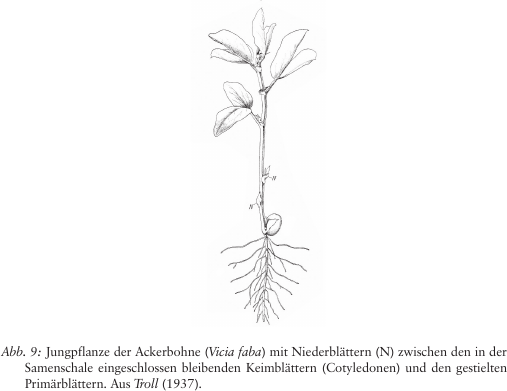 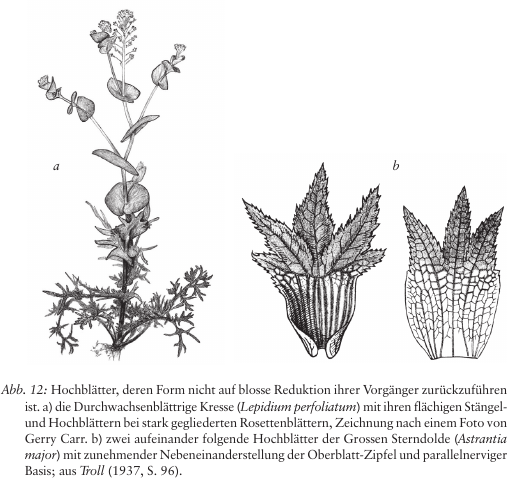 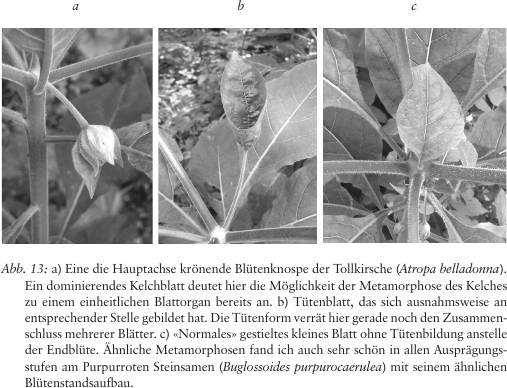 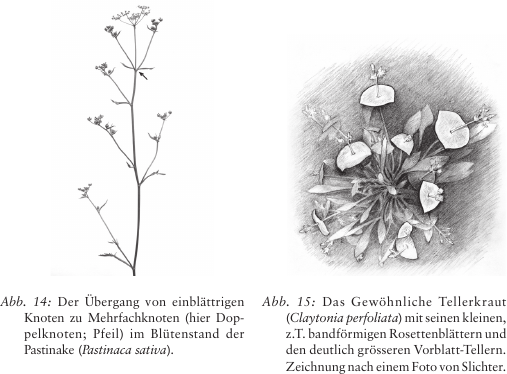 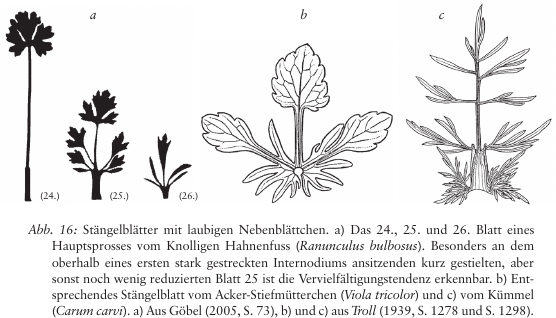 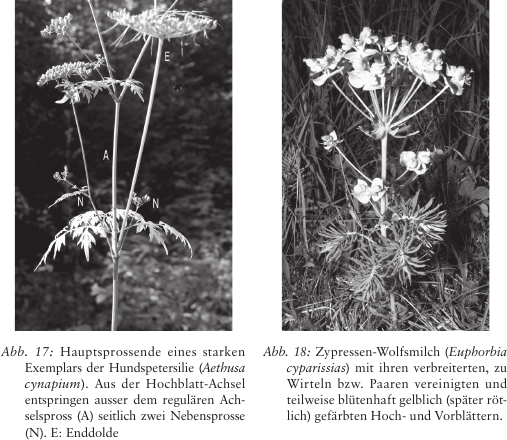 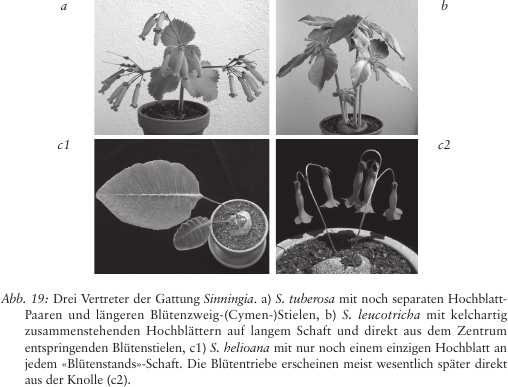 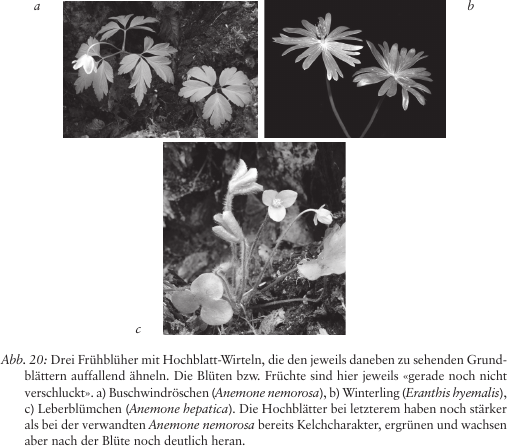