The Colour Theory is Goethe's most comprehensive scientific work, and was frequently described as an example of a 'Goethean' method for studying non-living nature. In this paper we attempt to interpret the structure of the 'Didactic Part' of the Colour Theory as a scientific-didactic 'pattern' for a Goethean science of the realm of non-living nature, and to characterise particular steps in such a scientific method. From this it is clear that the first steps that are to be found in Goethe's work lead into a material science, just as happens in conventional natural scientific approaches. But Goethe did not stop here. Instead he added additional steps to his method which would not have been possible without the foregoing steps of the material treatment of his theme. 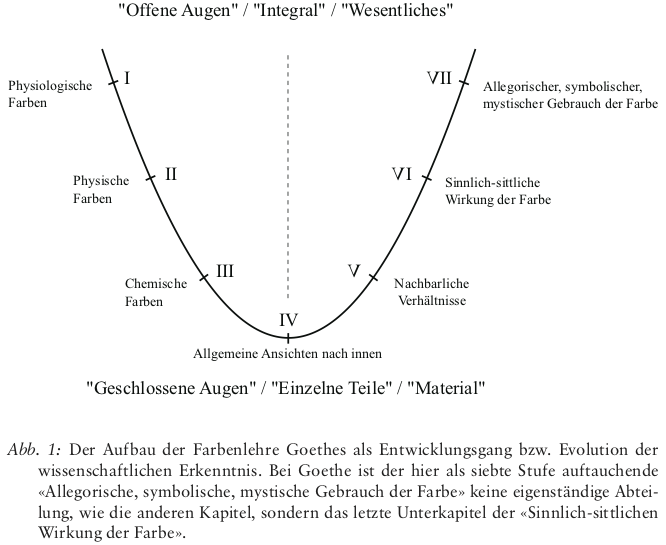