The following is an attempt to reach an understanding of the formation of poisonous substances in hemp (Cannabis sativa), hop (Humulus lupulus) and stinging nettle (Urtica dioica). These three plants are closely related; they belong to the group of the Urticales. All three are dioecious plants. Through comparison, a plural metamorphosis can be ascertained. The one that interests us here the most is the extend to which a polarisation of «masculine» and «feminine» is exhibited which increases from the nettle, hop to hemp. On the one side such a polarisation affects the formation and development of pollenplants and seedplants. At the same time polarisation manifests itself morphologically: seed and pollen plants show quite differentiated processes in the way they produce particular substances. In hemp the sexual dimorphism is relatively clearly visible. The the female plant produces the poisonous resin in the region where fruits and seeds are developed.Consumption by human being the drug extracted from these parts has a desintegrating effect on the inner life. In the stinging nettle significantly less difference can be observed between pollen and seed plants. The latter does not concentrate her poisonous substances in the inflorescences, they are distributed over the entire plant in both types. The effect of a nettle sting which everyone has experienced is contrary to that described for hemp. The poison does not work in a desintegrating manner but strengthens the inner life by raising consciousness of the natural bounderies of the body ie. the skin through pain. Hop poison maintains a happy middle position between the two other species, albeit with a tendency towards hemp. The purpose of this article is to show the relationship between a systematically evolved plant image and the impact of substances on the human being. 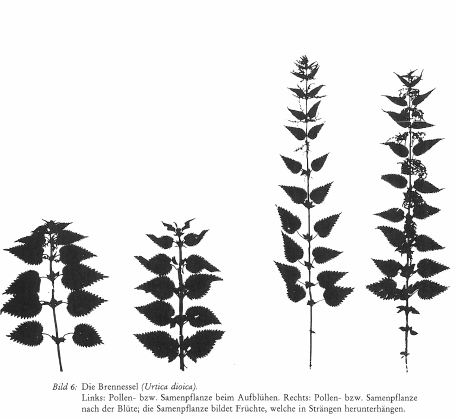 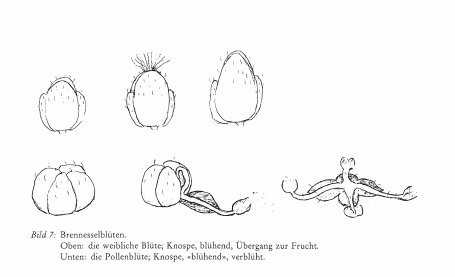 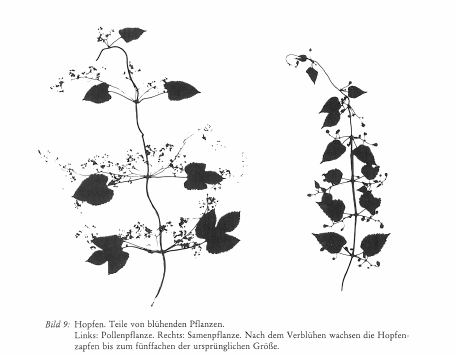 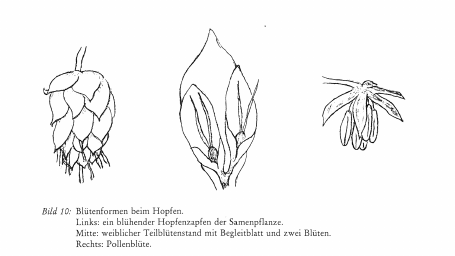 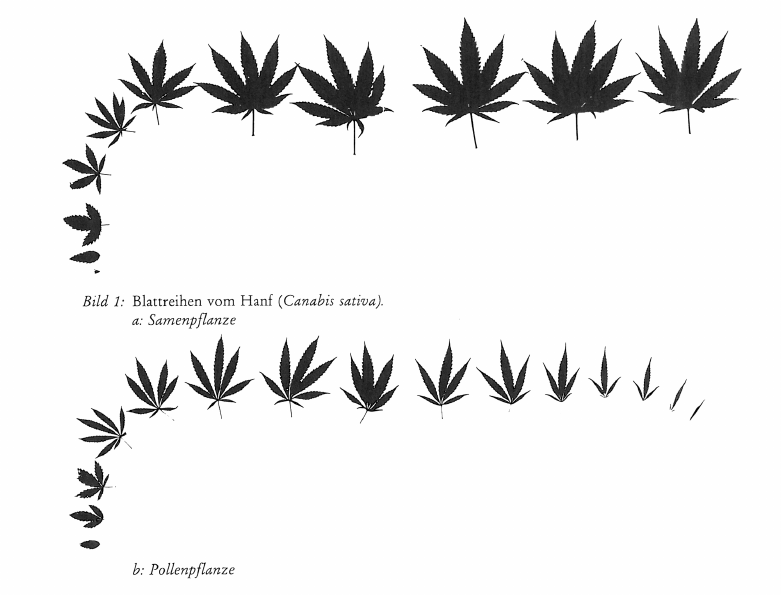 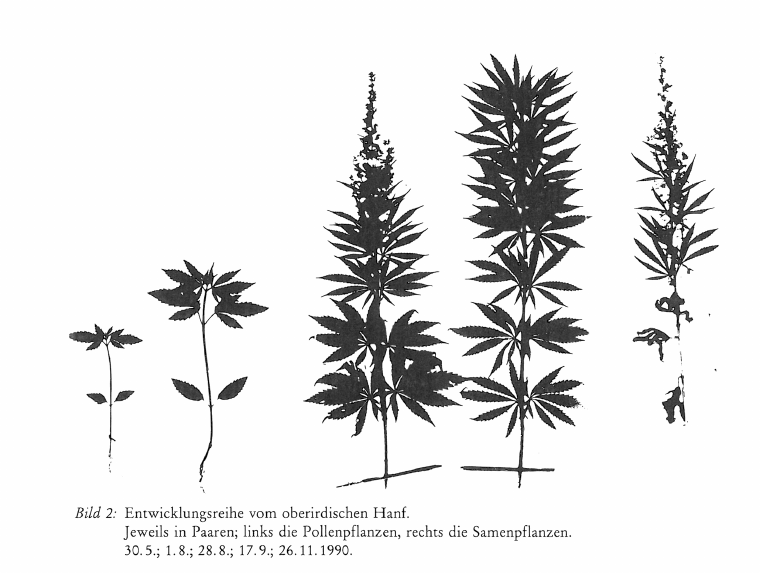 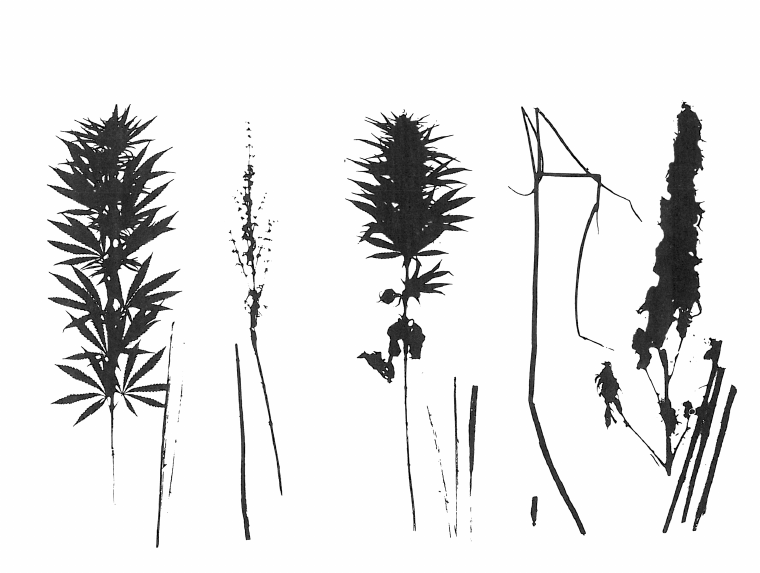 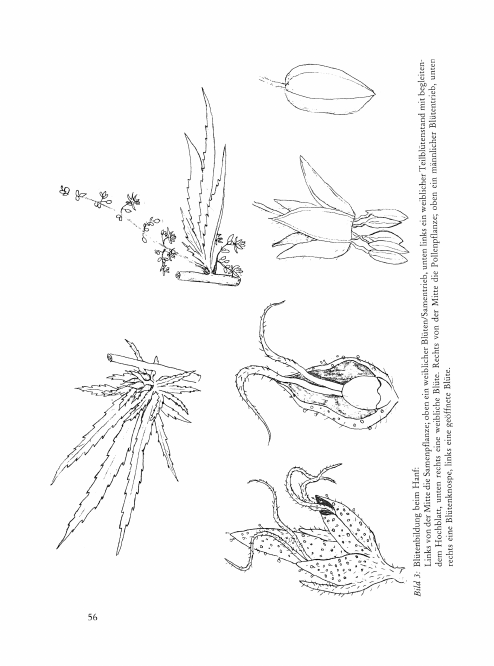 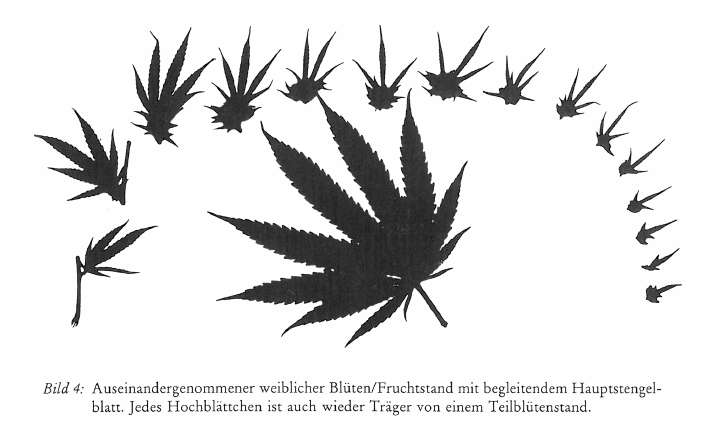 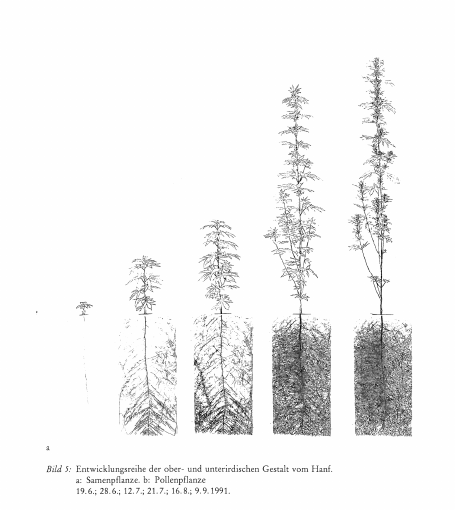 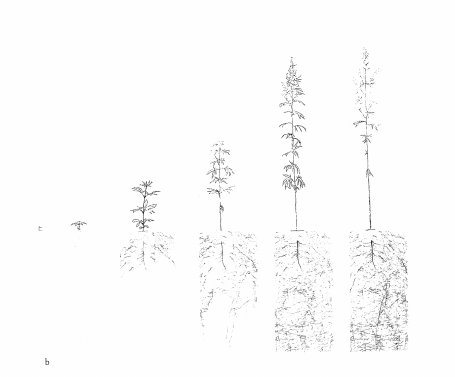