What does the crystallisation of copper chloride signify for the chemical structure of an organic substance? This question was investigated by adding substances of known chemical structure (carboxylic acid derivatives, natural and synthetic polymers including proteins). Relationships between certain chemical properties of the additives and the patterns formed by the crystallisation were clearly discernible, but it is not altogether clear how these patterns arise. The main findings are summarised as follows: 1) Strongly polar functional groups such as carboxyls and sulfonyls affect the «texture», whereas amino groups affect more the «structure». This finding is to be qualified to the extent that the effects are concentration dependent. 2) Weakly polar functional groups such as alcohols and mercaptans intensify the influence of the additives on crystallisation. 3) The monomer which makes up a polymer, or the primary structure of a protein appears to have a marked influence on the differentiation of crystallisation patterns. 4) The three dimensional structure of a substance could play an important part in crystallisation pattern formation, as shown in comparative experiments with various glycans. Glycans with short branches at every third to fifth glucose unit of the main chain give completely different patterns compared with those obtained by addition of glycans with very short or long branches at intervals of between 20 and 33 glucose units on the main chain. This work further shows that there is no relationship between the molecular weight of an additive and the crystallisation pattern; that the pH of the mixture (salt plus additive) has no influence on the crystal forms; and that with protein-containing additives no preformed protein matrix can be observed which would make the crystallisation pattern arise by enclosed crystallisation. 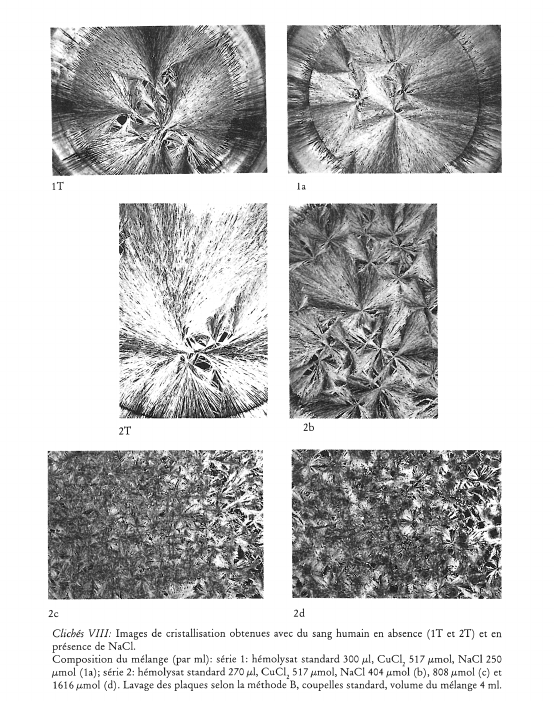 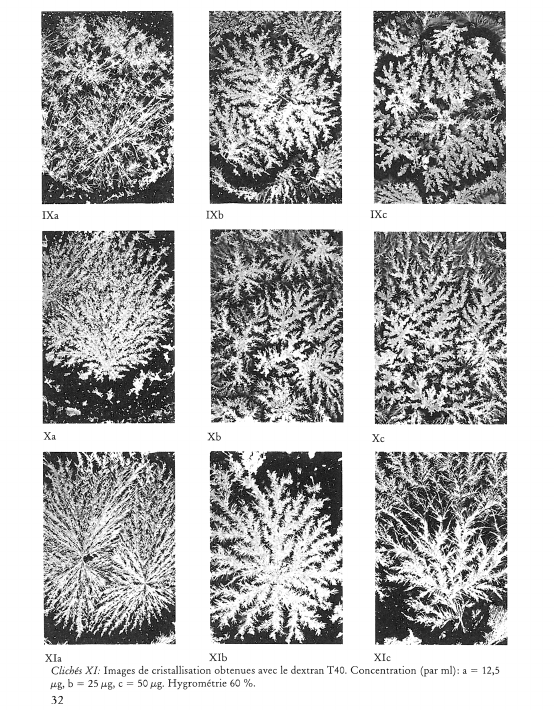 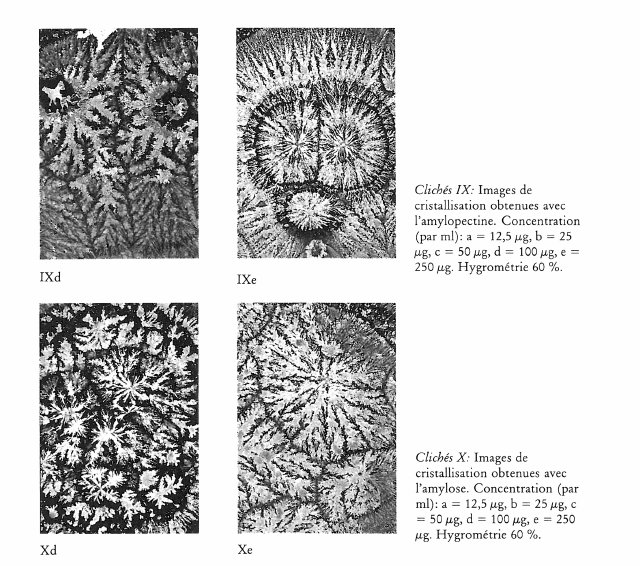 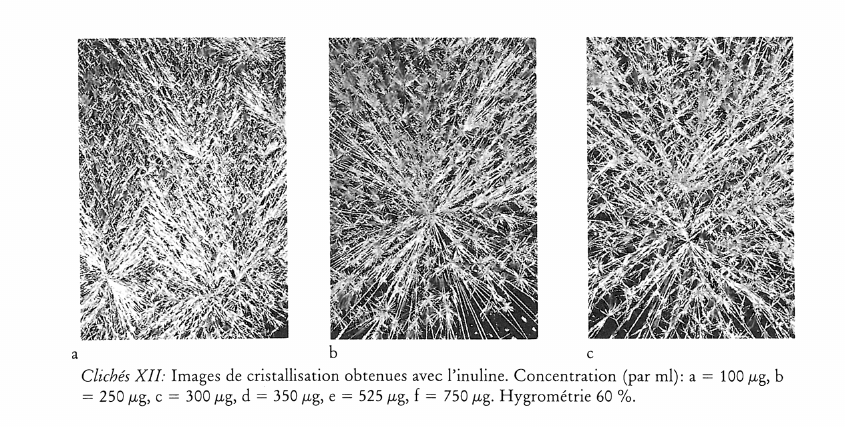 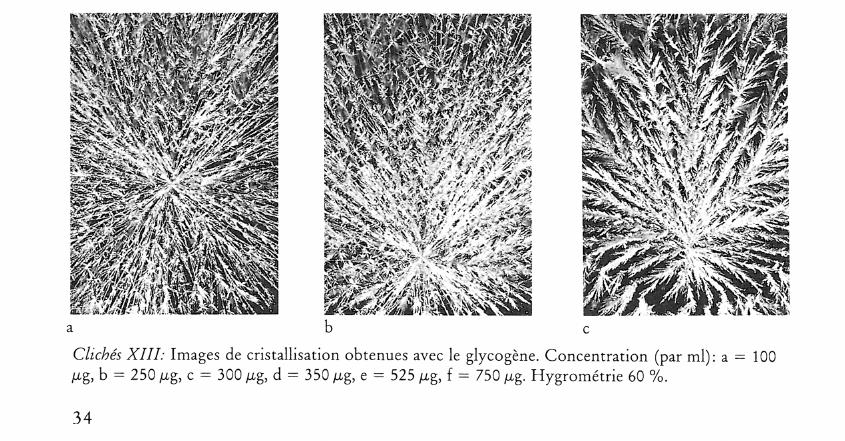 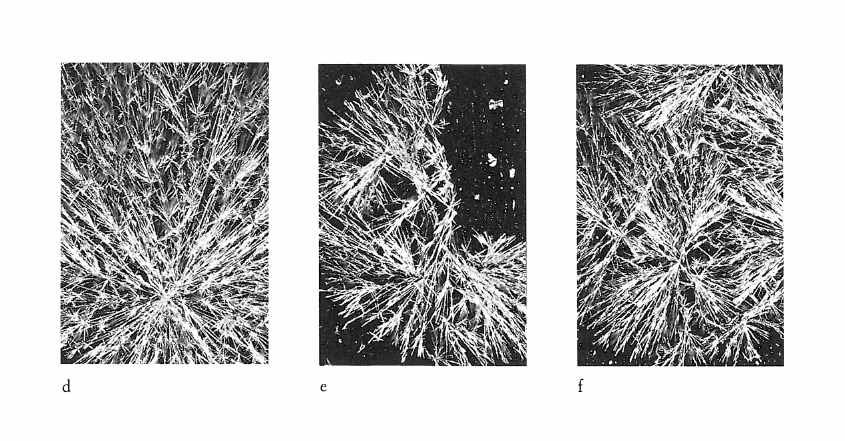 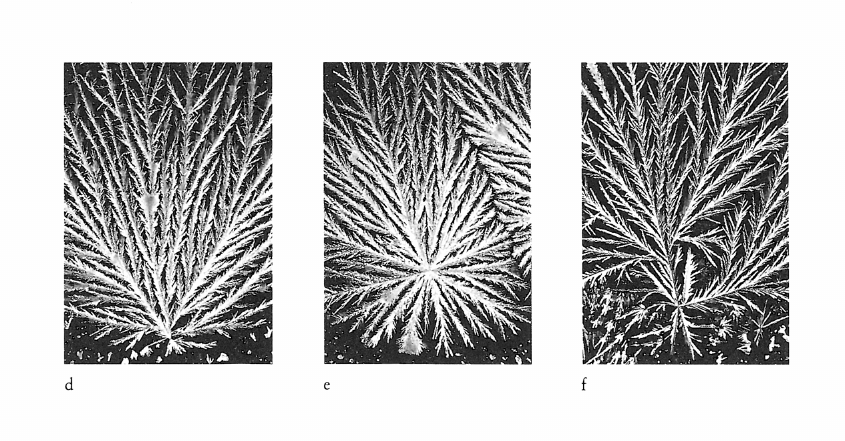 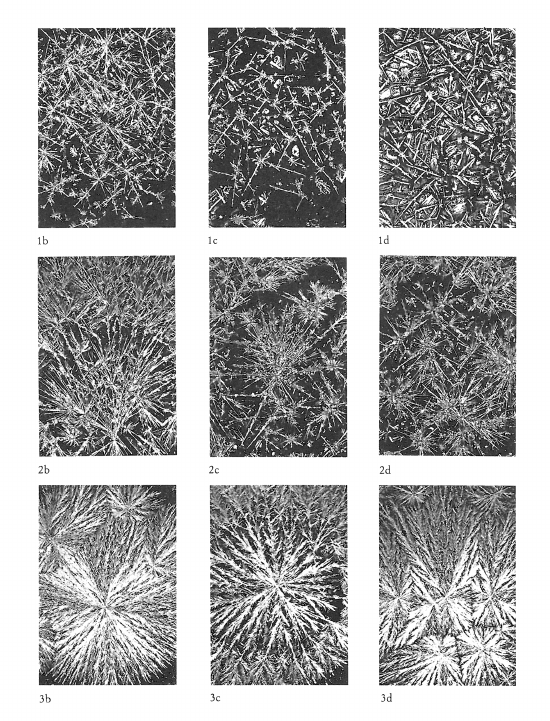 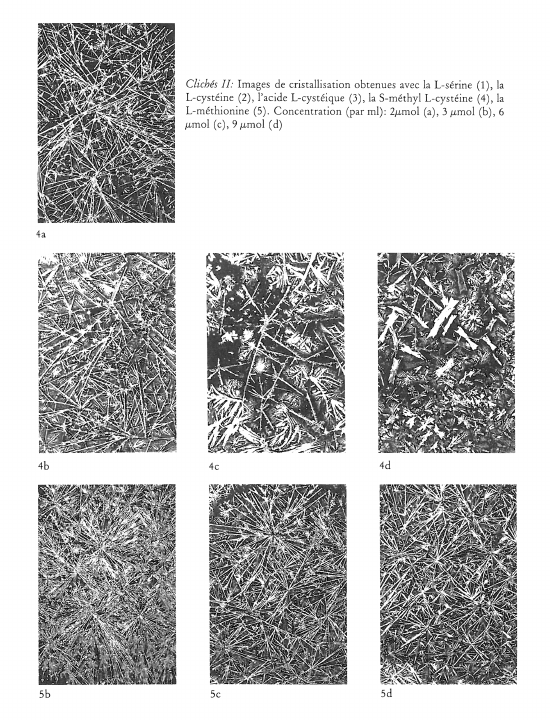 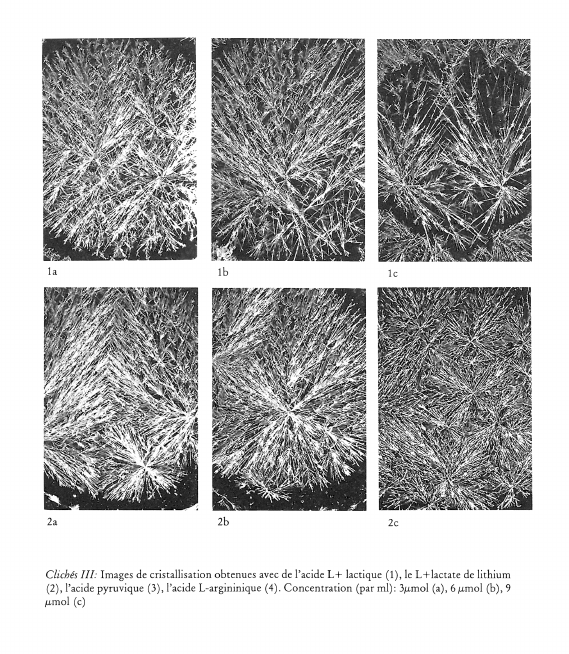 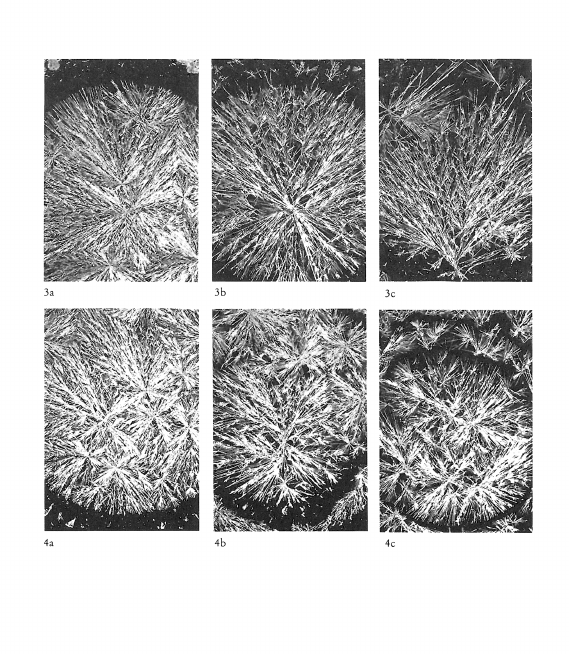 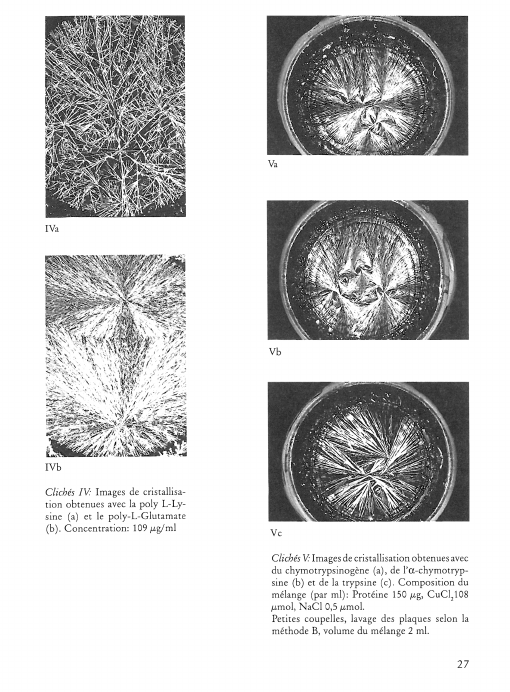 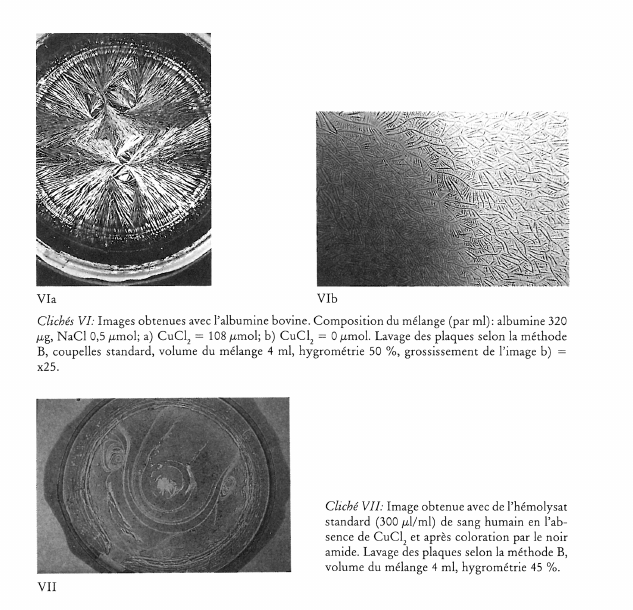 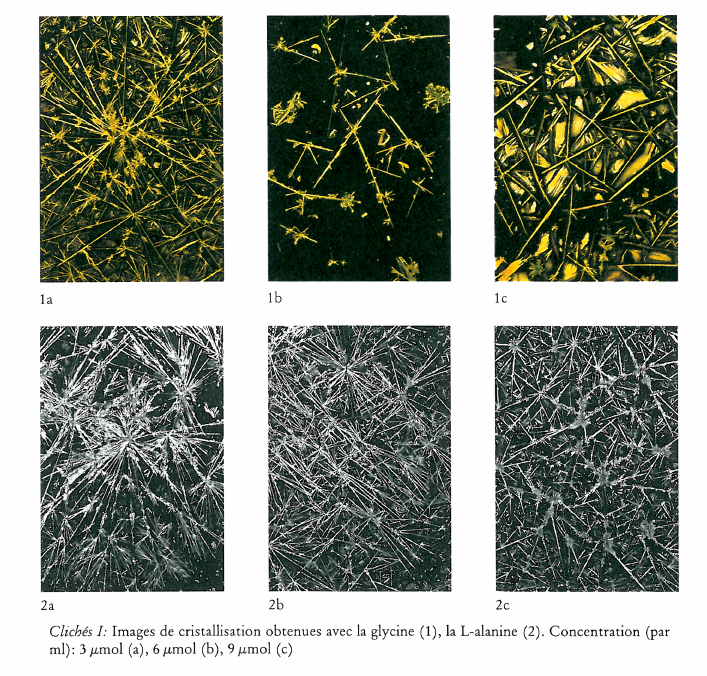