To what extent do the drawings made by small children give pictures of their physical, mental and spiritual development? Three children aged 20, 27 and 42 months, respectively, at the beginning of the study were observed engaged in drawing and painting at 1-2 weekly intervals over a period of 10 months. They had a choice of various kinds of paper and colours, but were given no instructions. Almost complete drawing collections were available from two further children from their first scribbles to the age of 5 years. With these came exact records of their physical and soul-spiritual development (sitting, locomotion, talking, occurrence of illness etc.). The changes of forms in the drawings in the course of time were related to the corresponding developmental stages of the children and the results were examined in the light of Rudolf Steiner’s indications on soul/human development: The fundamental soul qualities of thinking, feeling and willing revealed themselves to differing extents and intensities throughout the developmental phases. At about the third year of life it was particularly noticeable that lines, initially formed almost totally by arm and hand movements, became influenced by a formative intention of quite a new quality and in a more controlled movement the first closed circular forms arose. At about the same time the child, hitherto having spoken only in the third person, began to say «I». 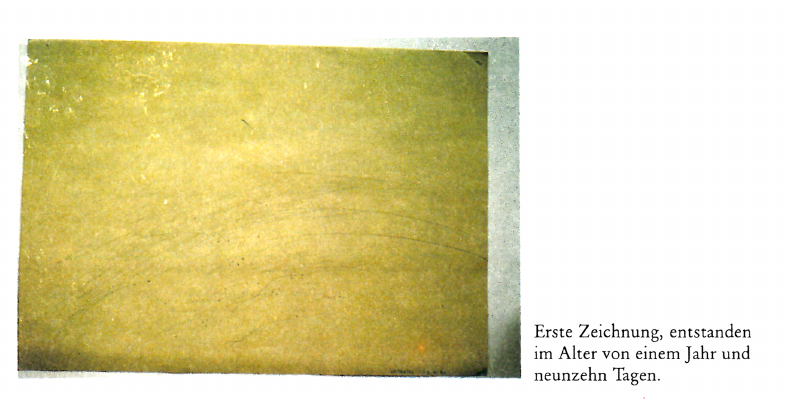 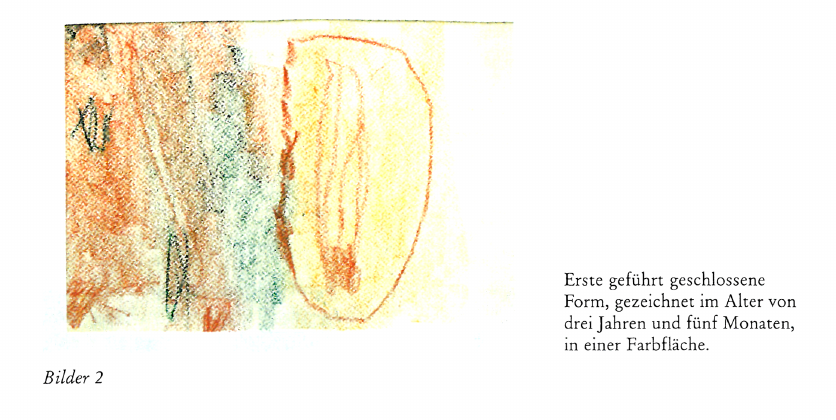