Water as a Mediator for Life

We are embedded within, surrounded by and dependent upon rhythms of all kinds and yet they remain a mystery. Life and rhythm are indeed one. Water is the most sensitive carrier and mediator of rhythm. George Adams during the mid years of the 20th century was concerned with the influences particular mathematical surfaces might have upon water. These so-called path-curve surfaces are intimately involved with generative forms such as buds, comes and eggs that occur in a natural healthy context. Due to extensive morphological studies the question which attracted my attention in 1970 could be expressed as follows. «Would it be possible to create for streaming water a vessel or indeed an <organ> which would enable it to manifest its potential to order and metamorphosis?»As a result of experimentation it became gradually clear to me that rhythms are the result of resistance rather than some kind of mechanical process. The resulting Flowform Method which demonstrates a rhythmical lemniscatory process, made evident the close relationship between surface, proportion and rhythm. It immediately became possible to show that the influence of path-curves, combined with rhythms could be investigated regarding their influence upon the quality of water when correct relationships were made available. The redeeming of life-supporting energy in water will remain predominantly the subject of our investigations in the Institute. 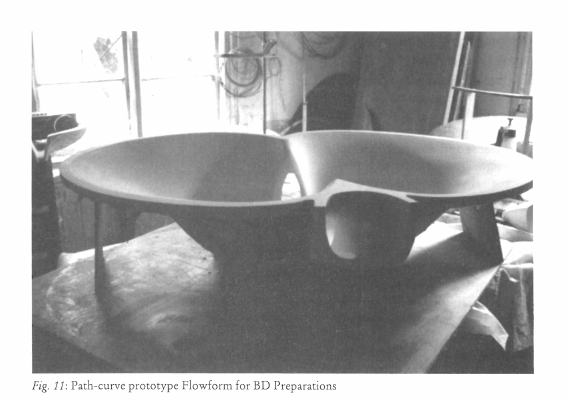 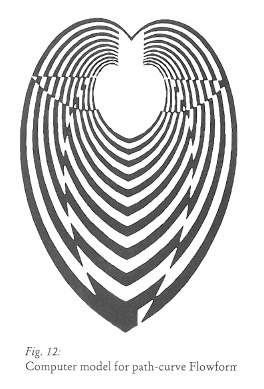 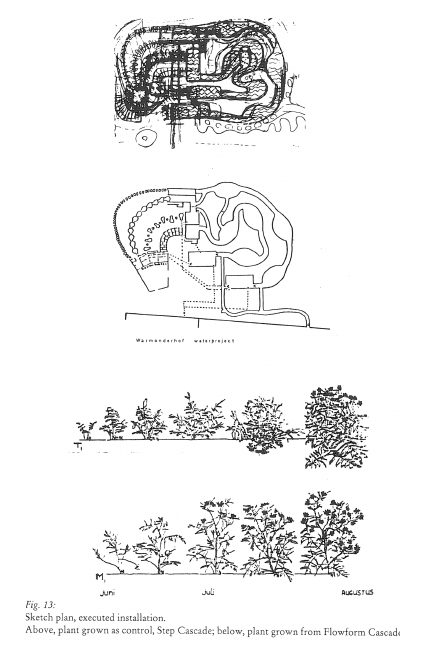 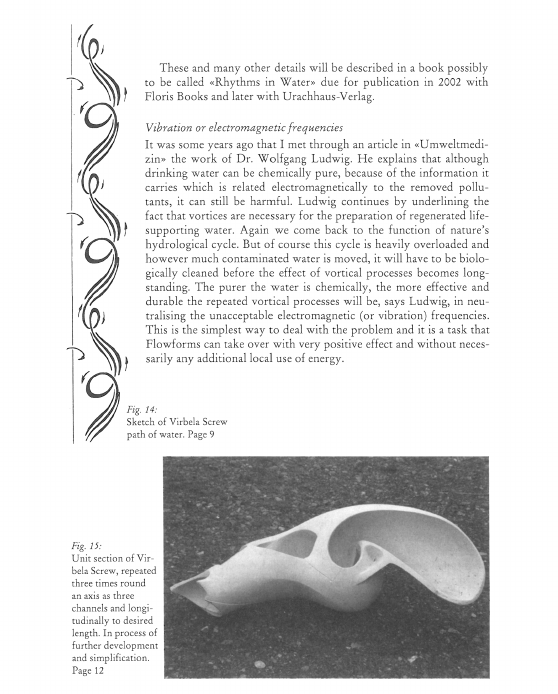 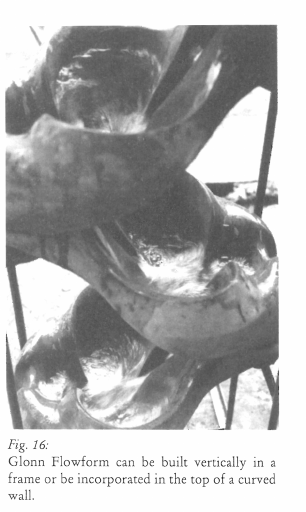 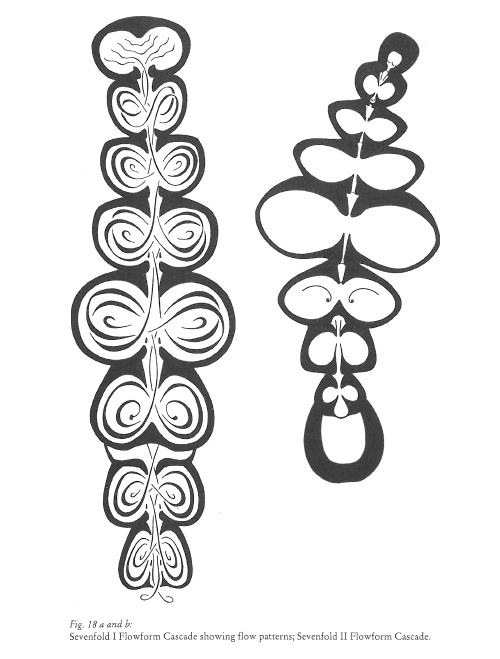 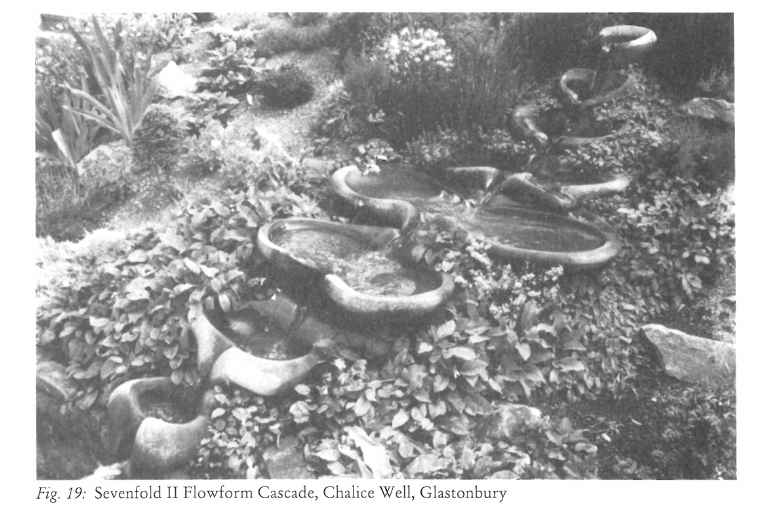 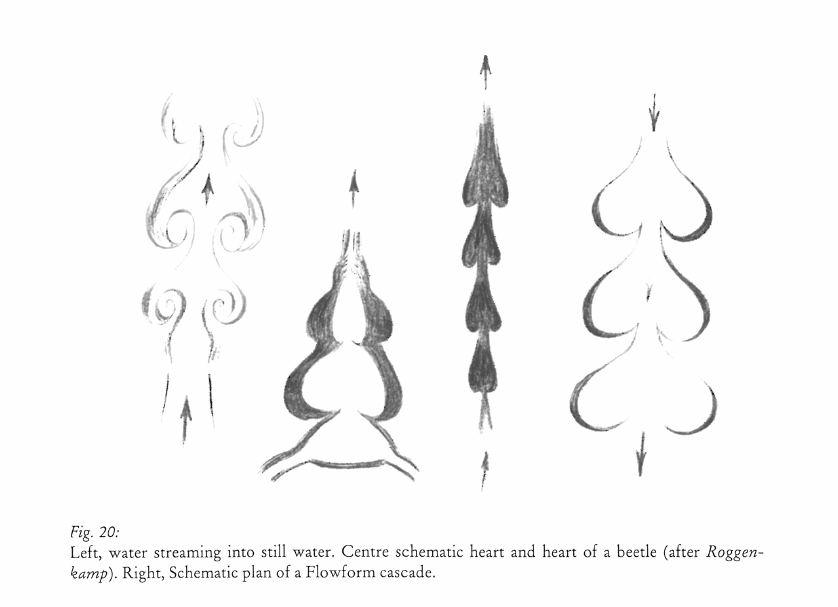 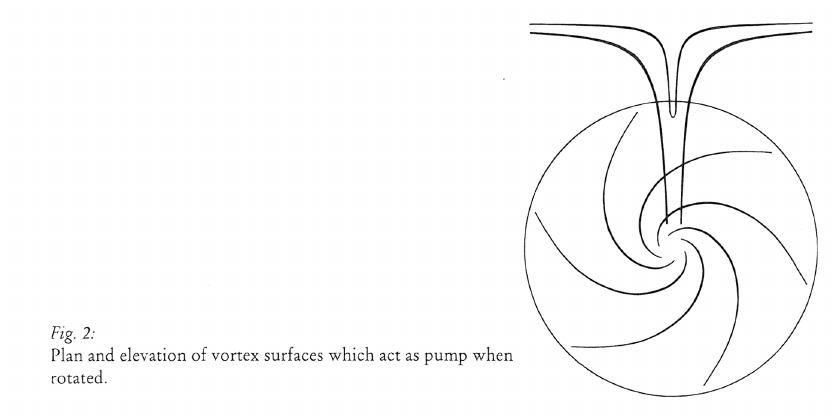 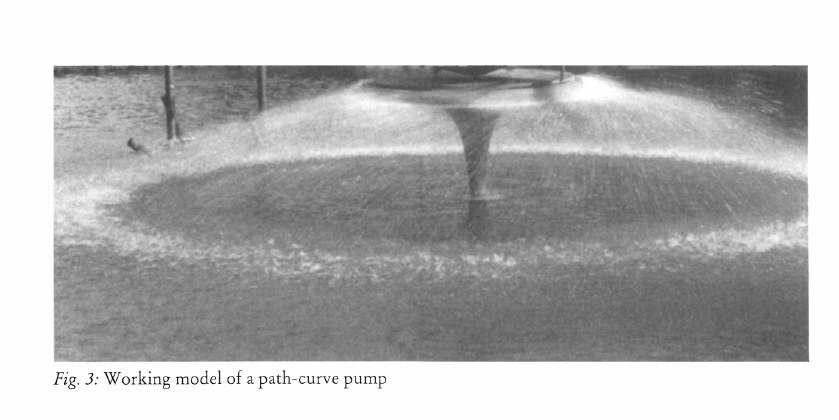 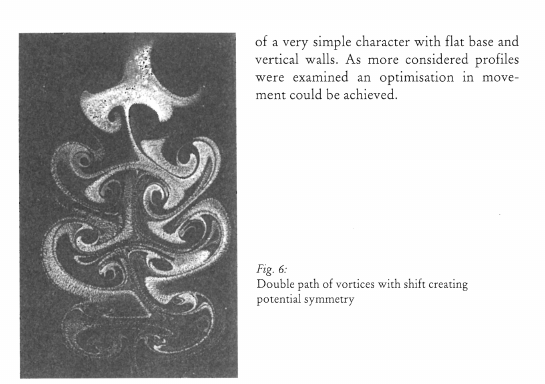 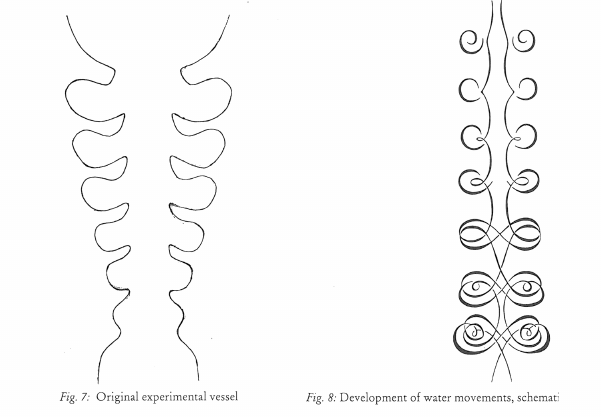 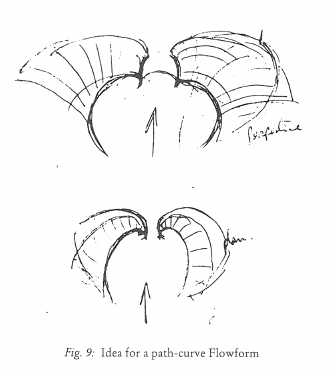 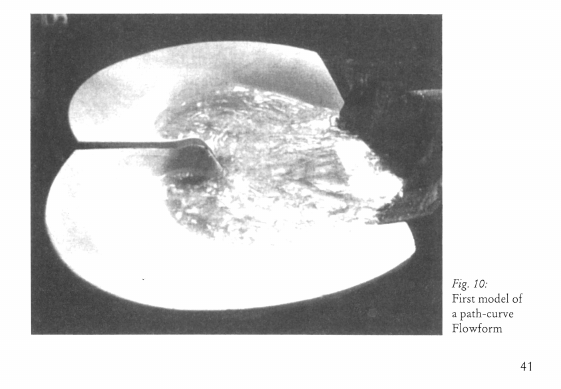