In order to develop a basis for quality assessment of plants, about one hundred experiments with the ‘chroma’ (horizontal capillary dynamolysis) method on over eighty plant species were carried out in the period 2002 to 2006. We report the results for the optimum picture and picture type.

It is essential to determine the optimum picture before assessing pictures. With a concentration matrix, several types of picture can arise in the chroma method. So called shrunken and ring-shaped pictures are the result of too high or too low concentrations of sample. Too high a concentration of alkali results in radiating structures, often accompanied by grey colouration. The optimum picture can be found morphologically somewhere between excessive and insufficient concentrations of both sample and alkali. Pictures of pure sample extract without adding alkali show - albeit sometimes indistinctly - the same picture type as the optimum picture that determines between too high or too low concentration. Thus the addition of alkali merely serves to enhance the already established picture type. It was possible to determine the picture optimum for seeds, leaves, flowers and fruit.

In the investigations there emerged six types of picture, i.e. separate picture forms that cannot be changed from one into another by altering concentrations. As in vertical capillary dynamolysis and sensitive crystallisation, chroma too shows connections between plant organs or the typical processes and particular picture types for them. With flowers, fruit, leaves, seeds and roots, in each case one or two picture types occur more frequently. How distinctly a picture expresses itself or the frequency of occurrence of picture types, varies between the plant organs. The connection is weaker with roots and leaves; stronger with fruit and flowers as well as cereal seeds. 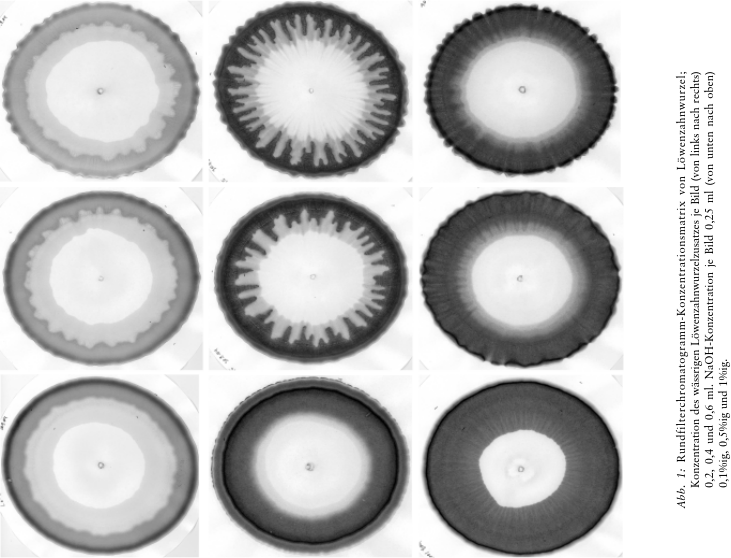 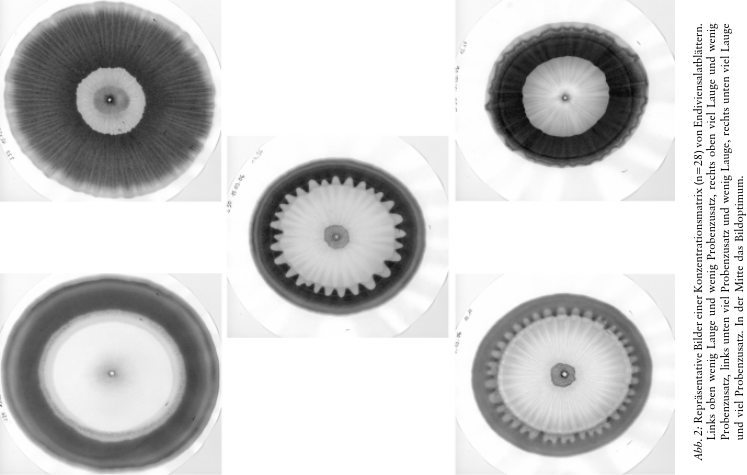 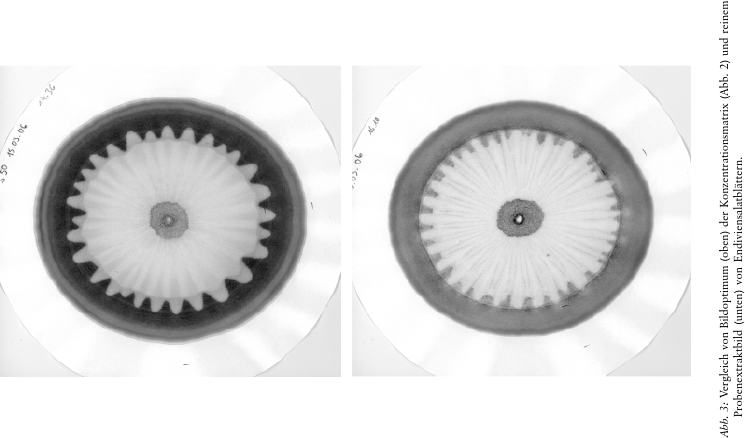 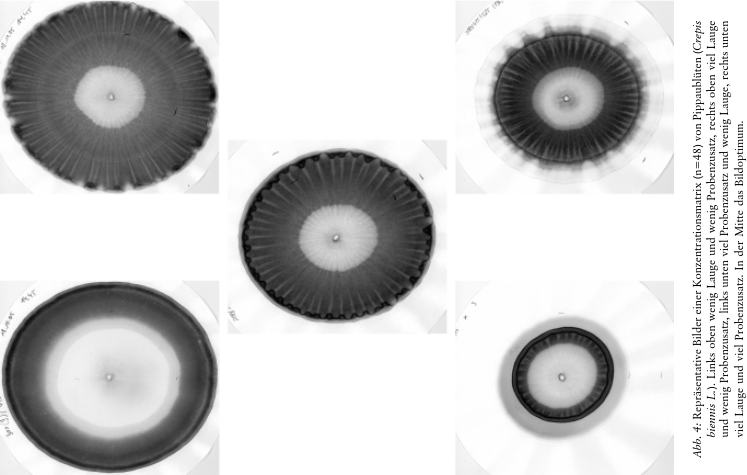 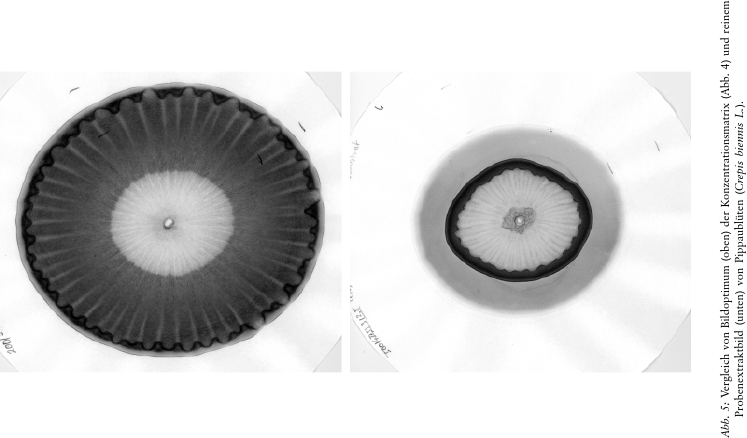 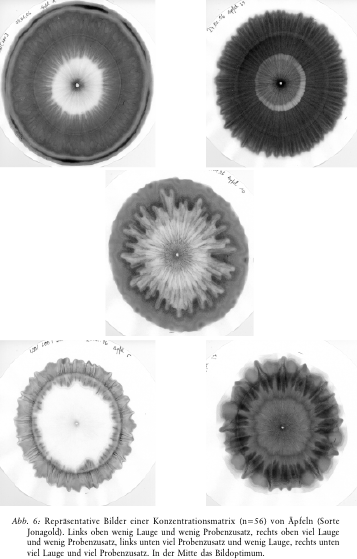 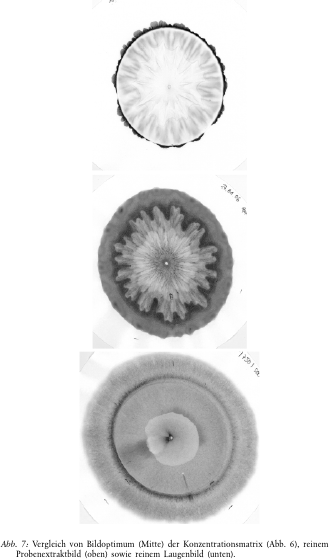 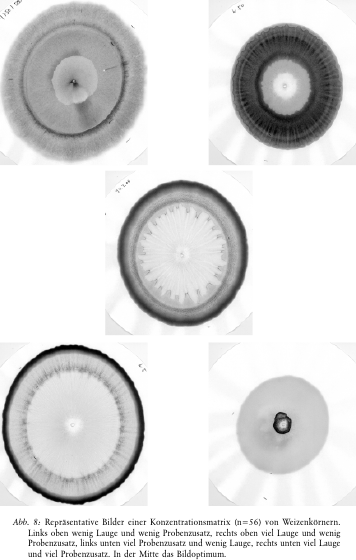 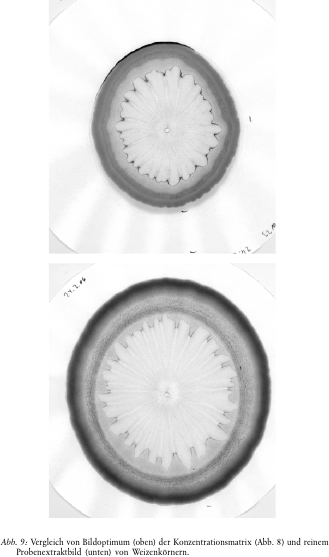 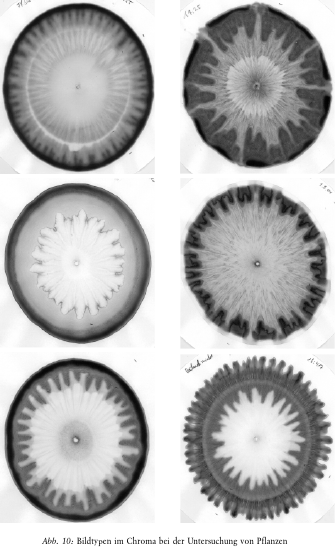