Some examples from mathematics and geometry illustrate how the infinite appears as a space of possibility when presented as a process of continued lawful activity. In contrast, the actual concept of infinity works with a set of mathematical objects, which on the one hand contains an infinity of subsets, on the other hand is handled as a constant quantity. If the infinite is introduced in teaching by requesting the inner construction of a geometric figure, which moves towards a “boundary figure”, this enables the student to experience a “becoming” that is subjectively produced, but nevertheless lawfully determined. Insofar as mathematical laws only appear through the inner activity of man it becomes clear why Rudolf Steiner takes mathematical thinking as a prime example of an imaginative inner experience . The spiritual and physical realm meet in this activity. Mathematical thinking thus forms a bridge to the spiritual world. This bridge character is lost with the understanding of the infinite as a finite actuality. 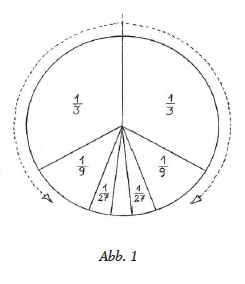 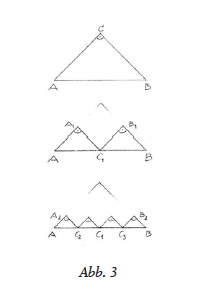 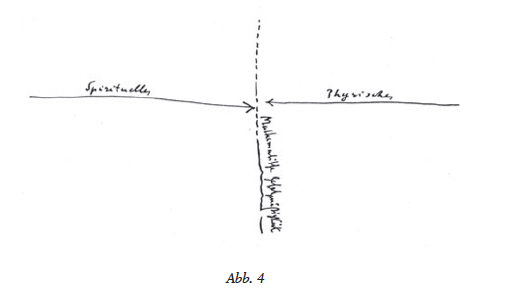